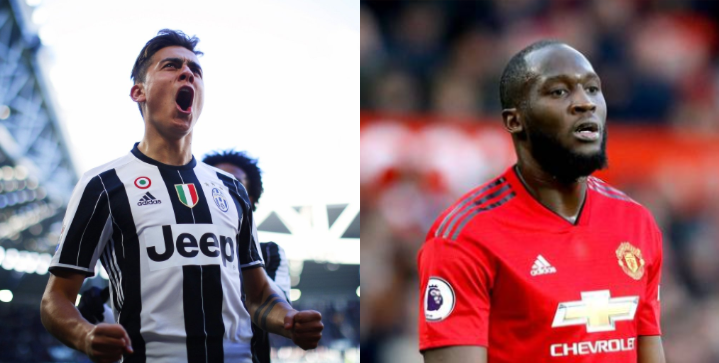 25-year-old forward Paulo Dybala could be on the verge of a swap deal for Manchester United’s Romelu Lukaku.

According to ESPN, the decision is in the hands of the Argentinian who wants to discuss the potential move with Juventus coach Maurizio Sarri first. Dybala returns to training on Thursday.

Dybala expressed a willingness to exit Turin earlier this year given a lack of playing time next to star man Cristiano Ronaldo. While he’s since reexpressed an interest in staying at Juventus, Dybala still wants a guarantee from Sarri about first-team possibilities.

Meanwhile, Romelu Lukaku has agreed to the swap after losing out on his original ambition to join up with Antonio Conte at Inter Milan — United rejected Inter’s €60M bid a week ago.

Both players are roughly equal in output in terms of goals and assists per game at club-level the last two seasons. However, Dybala has created 50+ more chances. At the international level, Lukaku is Belgium’s top leading goal-scorer with 48 strikes in 81 appearances; Dybala has only made 24 appearances and netted twice.

A move to Manchester United would link Dybala back up with Paul Pogba — the two starred together at Juve. And Lukaku would relish in the chance to link up with Ronaldo. The swap may come down to how each team thinks the player first best within its system.