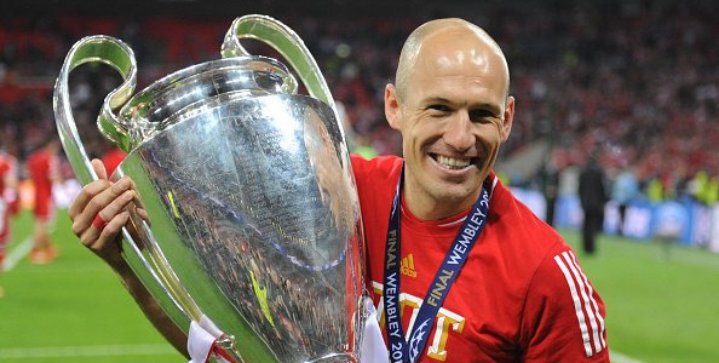 Arjen Robben has announced his retirement from football.

He exits the game with 30 trophies across four top-level leagues, most notably in the Bundesliga where he garnered eight league titles, five League Cups, a Champions League trophy and a UEFA Super Cup.

“I have been thinking a lot over the past few weeks.,” said the Netherlands international in a press release.

“As everyone knows, I consciously took the time to make an informed decision about my future after my last Bayern Munich match. And I decided to put an end to my career as a professional football player.

“It is without doubt the hardest decision I have had to make in my career.”

Perhaps his greatest moment at the club level was scoring an 89th-minute game-winner for Bayern Munich in the 2013 Champions League final.

He also played an instrumental role in getting the Netherlands to a runners-up finish in the 2010 World Cup, along with a third-place finish in 2014.

Arjen Robben has announced his retirement from football ????

Thanks for the memories, Arjen pic.twitter.com/tGnUSLMrgR

Robben will be remembered as the player that tore ups defenses as a right winger with his ability to cut inside with his left foot to make the sharpest of turns toward the goal. After a glittering career, his immense talent will be missed.

Las Vegas to host the first Clasico of next season