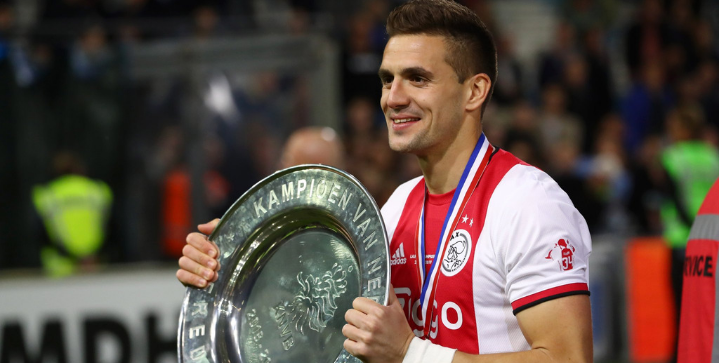 Ajax forward Dusan Tadic renewed his contract with Ajax, signing on for another seven years that includes four years as a player and three years as a coach.

The 30-year-old has enjoyed a resurgence at Ajax since joining the club last season. He scored 34 goals and notched 19 assists in all competitions, none more vital than the goal and two assists he managed in the Round of 16 against Real Madrid to knock Los Blancos out of the Champions League.

Tadic played an instrumental role in guiding the team to both the Eredivisie title and Dutch Cup during the 2018/19 season. He also helped the side go deep into the Champions League tournament, losing in the semi-finals against Tottenham in the waning minutes.

The former Southampton player may have scored only 20 goals in his four years in the Premier League, but he’s been a perfect fit at Amsterdam. His senior leadership and emerging partnership with Morocco international Hakim Ziyech have also been special to watch.

Both player and team will reap the benefits of their relationship for years to come.