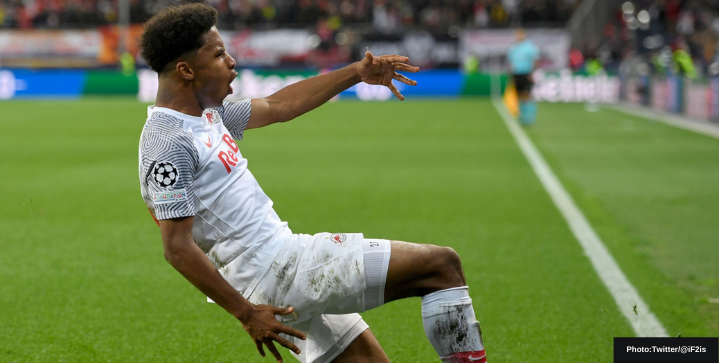 Red Bull Salzburg striker Karim Adeyemi is closing in on a 5-year deal to join Borussia Dortmund, according to SPORT journalist Toni Juanmarti.

The 19-year-old was heavily linked with a move to Barcelona next summer but Adeyemi turned down down the Catalan giants. He also rejected moves to Real Madrid, Inter Milan, and PSG.

The German wonderkid has his sights set on the Bundesliga club. The player intends to impress Germany’s new manager Hans Flick in preparation for next year’s World Cup.

Adeyemi is on a tear in the Champions League scoring 3 goals and providing 2 assists in 5 games. The young striker has drawn the most penalties in the tournament with four, leading Salzburg to the club’s first appearance in the knockout stage where they will play Bayern Munich in the Round of 16.

Adeyemi has also notched an impressive 14 goals and 2 assists in 17 Austrian Bundesliga appearances this season.

This marks the second time in two years that BVB has signed Salzburg’s best player in winter. Goal-scoring phenom Erling Haaland joined Dortmund in December of 2019 and has already scored 51 goals in 51 appearances for the German side.

BVB is renowned for developing young players and may soon add Adeyemi to that list.