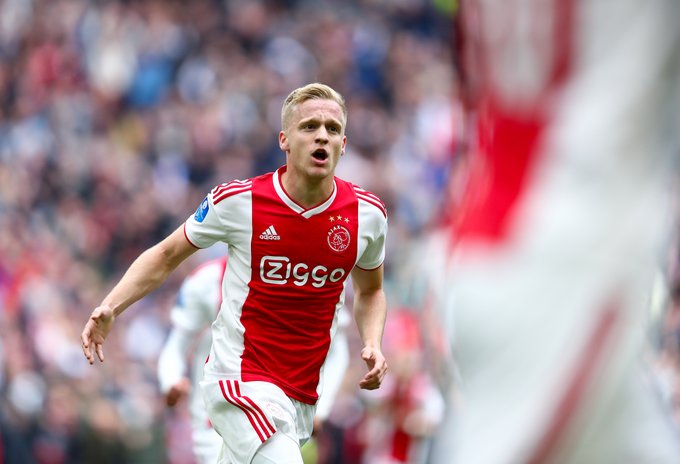 It appears that Ajax midfielder Donny van de Beek will be staying at Ajax despite Real Madrid’s €55m bid for the 22-year-old.

“They’re a fantastic club, but Ajax are too,” he told Ziggo Sport about Madrid’s interest.

“I’ve nothing to complain about in that regard. There’s a very good chance I’ll continue playing here, but nothing is certain yet.”

“It won’t be long before there’s clarity. I’ve got high hopes that there will be a positive ending. I want to have clarity before a certain date. It’s irrelevant what date that is, we know what it is.”

Van de Beek continues to be in fine form, combining for five goals and four assists in his last nine appearances for Ajax in the Eredivisie. He’s clearly a player on the rise.

Should the midfielder snub Real Madrid, it must be because of a renewed contract with the Eredivisie champions. It also means Zidane will have missed out on two of his summer targets — Paul Pogba and Neymar.