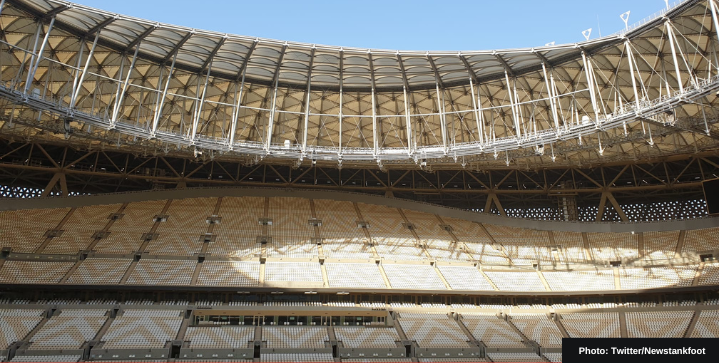 The 80,000-capacity Lusail Stadium in Doha, Qatar, will play host to the 2022 World Cup final on December 18. Before that, it’ll serve as the ground for the group matches, including Argentina vs. Saudi Arabia, knockout rounds, and semi-finals.

Lusail stadium, one of the largest in the Middle East, is one of eight venues to host the tournament that begins on Sunday, November 20, with the host nation Qatar facing off against Ecuador.

Construction for the $700 million Lusail stadium started in 2017 and received its finishing touches earlier this year.

The flagship venue takes on a bowl-shaped design like many other iconic football stadiums worldwide, most notably the Allianz Arena in Germany, home to Bavarian giants Bayern Munich. But the overall aesthetic takes inspiration from the “decorative motifs on bowls found across the Arab world,” according to FIFA.