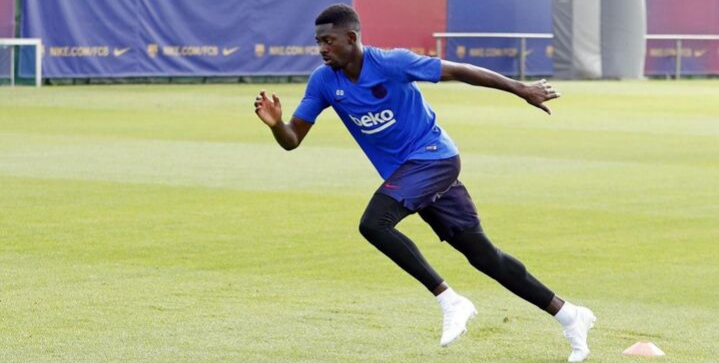 Ousmane Dembele has received medical clearance after a hamstring injury and will be included in Barcelona’s squad to face Villarreal tomorrow.

The 22-year-old French winger injured himself against Athletic Club in the first game of the season.

Barcelona in need of a boost

Barca is coming off a 2-0 loss over the weekend to Granada. The Catalan giants have the fewest points after five La Liga games since the 1994-95 season. They are also winless in seven straight away matches since 2001.

“Dembele’s a player that can unbalance the opposition, he can give us a lot of things,” Barca coach Ernesto Valverde said. “He has quality and we hope that he shows us all that talent he has on the pitch.”

However, does Valverde play Dembele or emerging starlet Ansu Fati?

Having all forwards available — Lionel Messi and Luis Suarez are back — seems like a good attacking headache to have. Antoine Griezmann and academy graduate Carles Perez are also options.

Meanwhile, Barcelona have the joint-worse defensive record in La Liga. The much-maligned Valverde will need to have his team working on all cylinders if he’s going to finish the season at Camp Nou.

“The fans have been behind us at both home games and we hope that’s the case again tomorrow versus a great team like Villarreal,” said the Barcelona boss.