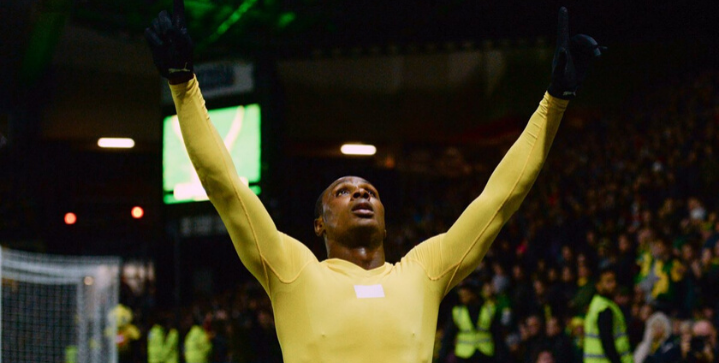 Manchester United confirm the signing of Odion Ighalo from Shanghai Shenhua until the end of the season, according to The Athletic’s David Ornstein.

Having missed out on transfer target Erling Haaland, United needed someone to fill in the boots of the injured Marcus Rashford. The Red Devils were also linked to Edinson Cavani and were even considering a move to bring back Carlos Tevez.

The 30-year-old Ighalo spent three years playing up front for English side Watford. He scored 15 goals in his inaugural Premier League season, more than Marcus Rashford (14), Paul Pogba (13), and Anthony Martial have scored in any single EPL season.

The striker moved on to play in the China League one division in 2017, most recently switching to Shanghai Shenhua in the Chinese Super League.

Given the outbreak of the Coronavirus in China at the start of the new Chinese season, the club decided to loan Ighalo to Old Trafford.

“I’m not sure I’d say no if United called. They were my team growing up. I loved watching Andy Cole and Dwight Yorke on TV. They were my idols and playing at Old Trafford has always been a dream,” Ighalo said in an interview with the Sun in 2016.

The Nigerian forward is not expected to play too many games for the Red Devils should Rashford return sooner rather than expected.

“Odion [Ighalo] is an experienced player. He will come in and give us an option of a different type of centre-forward for the short spell he’s staying with us,” said Red Devils boss Ole Gunnar Solskjaer.

“A great lad and very professional, he will make the most of his time here.”

The £4M loan deal includes an option to buy should Ighalo impress during his short stint with the club.