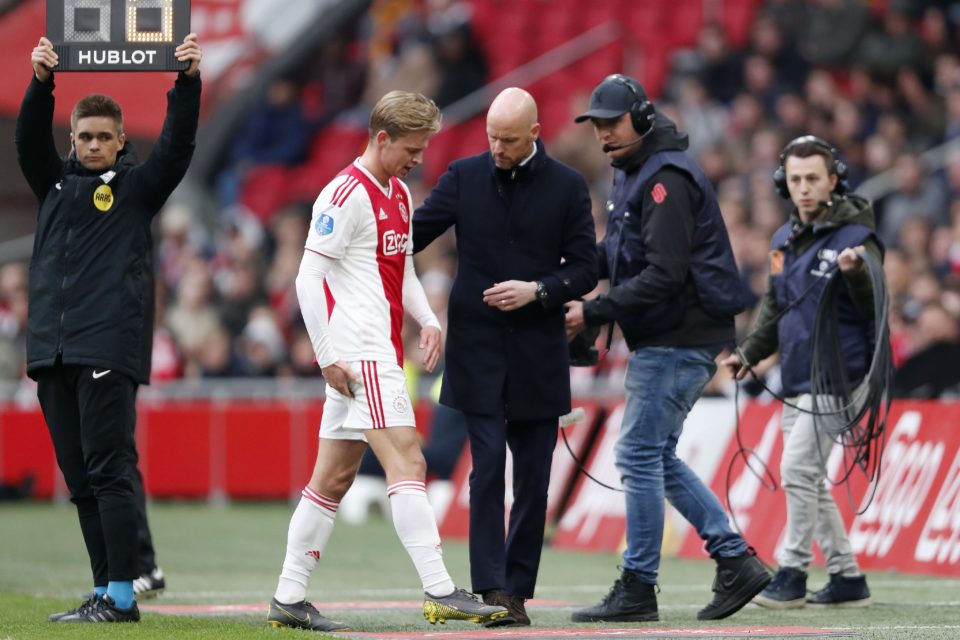 The 21-year-old starlet came off in the 28th minute after an injury scare against Excelsior in a Dutch league match last Saturday.

???????????? Frenkie de Jong off injured for Ajax which isn't a good sign ahead of the CL QF second leg against Juventus.

Holding his hamstring as he disappears down the tunnel.

“De Jong is still in doubt,” stated Ten Haag. “After tonight’s training, we will see.

“The fact that he is not training yet is not decisive in terms of whether he will play. We don’t test it that way.

“We live hour by hour, day by day. We are willing to take a responsible risk.

“Frenkie has to listen carefully to his body and ultimately I make the decision. We are in a positive way.”

The Dutch starlet is a vital component to the Ajax side, helping the team progress to the quarterfinals of the Champions League and compete for the Eredevise title — Ajax and PSV are neck in neck with 70 points.