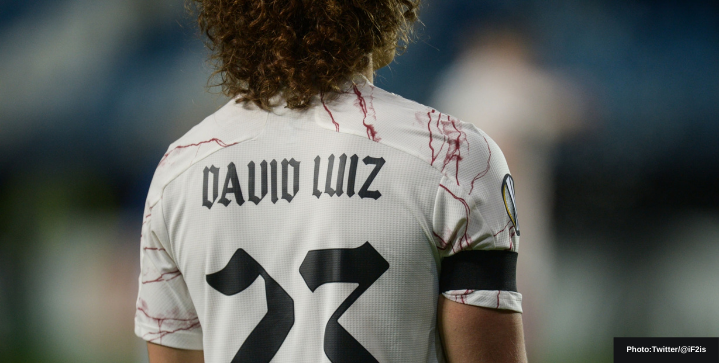 David Luiz is set to leave Arsenal at the end of the season after the club told him they would not be renewing his contract.

The Brazilian international made 53 appearances for the Gunners. Only three other players — Leno, Aubameyang, and Xhaka — started more Premier League games in the last two seasons than Luiz.

While Luiz enjoyed a good run of games as Arsenal’s key defenseman, including helping the club win its 14th FA Cup, he was also known to make baffling and obvious errors. During the 2019-20 season, he conceded five penalties in the Premier League, a league record by a player in a single season.

Players and fans though will also remember him for being a role model for the younger players at the club.

The 34-year-old defender will be looking for a new challenge with interest from his old club Benfica and David Beckham’s Inter Miami.

Meanwhile, Arsenal are looking to the future and have reported that 20-year-old William Saliba will feature as Luiz’s replacement. Saliba is currently on loan to Ligue 1 side Nice.