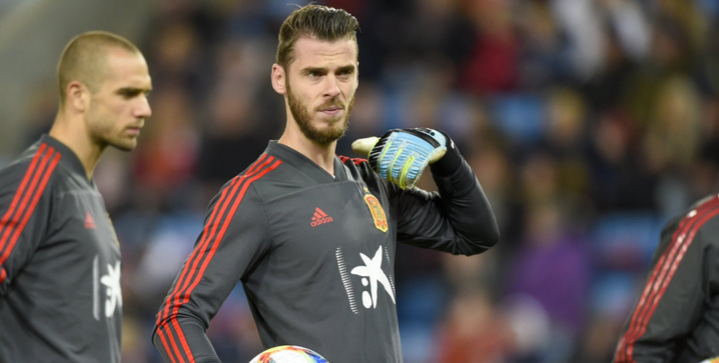 The 28-year-old goalkeeper appeared to tweak his hamstring in clearing the ball early in the second half. He had made a couple of brilliant saves prior to Sweden’s opening goal in the 50th minute.

But it appears that some of the pain had started before the incident. “He had pain in the abductor muscle but he received treatment at half-time and wanted to keep playing,” said Spain head coach Robert Moreno. “He gave us his word, but in the end he couldn’t continue.”

De Gea joins the list of Neymar, Bale, and Modric, who were all injured on international duty.

De Gea a doubt for Liverpool clash on Sunday?

Meanwhile, Liverpool goalie Alisson Becker was back in the practice squad today in preparation for Sunday’s clash at Old Trafford. The Brazilian tore his calf in Liverpool’s season opener victory over Norwich.

Manchester United currently sit just two points above the relegation zone. They will be desperate to beat The Reds who will look to continue their undefeated season.