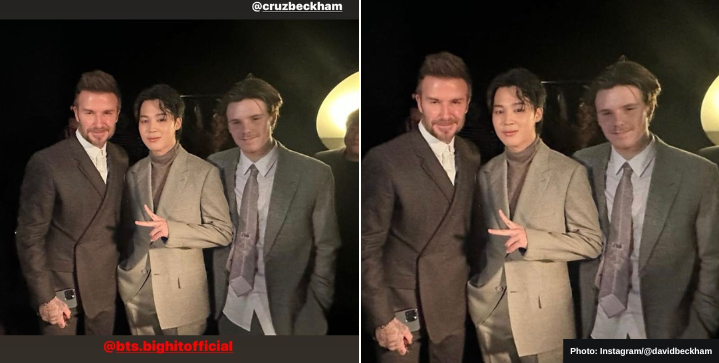 The internet is blowing up after football star David Beckham shared an exclusive picture with South Korean singer Park Ji-min on his Instagram stories. Beckham’s 17-year-old son Cruz also appears in the snap.

French fashion house Dior teamed up with BTS star Jimin as a global brand ambassador earlier this week. Dior is among the world’s biggest luxury fashion brands to realize the emerging importance of South Korean pop stars and football stars.

Of course, style icon David Beckham always commands attention whenever he appears on the red carpet in his custom-made suits.

In August 2022, South Korean footballer and Tottenham ace Son Heung-min starred in Calvin Klein’s underwear campaign. The forward also starred in a campaign for Burberry in the summer of 2022.

Do you see a trend here? The bridge between fashion and football and K-pop stars continues to bloom.