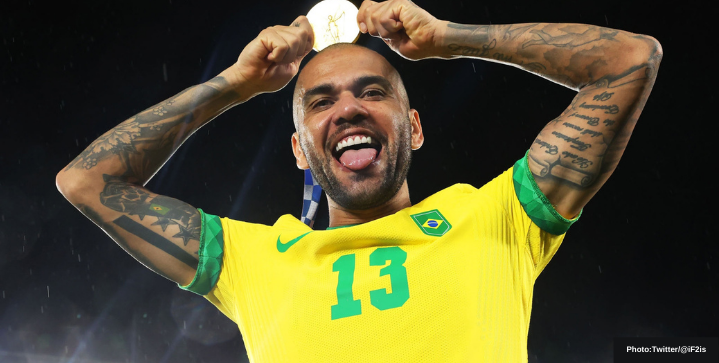 After winning the gold medal at the 2020 Summer Olympics, Alves is determined to make the Brazilian squad for the 2022 World Cup in Qatar. The five-time world champions qualified for the World Cup last night with a 1-0 win over Colombia.

“It would sound very opportunistic that Barca need me now,” Alves told [Sport](https://www.sport.es/es/noticias/barca/dani-alves-barca-cree-necesita-12263069) in October.

“I always said that I left because I saw things were not the way I thought they should be.

“You never want to see everything that has ended up happening since I left. I’ve said that when Barca need me and want me, I would be at their disposal regardless of where I am. The affection, love and respect I have for this club is too much.

“If Barca think they need me, they just have to call me. I still think I can contribute anywhere, but more at Barca because of the number of young players that they have now.”

The Brazilian returns to Camp Nou on a contract until June 2022 with the option for another season. Alves has agreed to become the lowest-paid player in the squad given the side’s financial difficulties.

Alves is the most decorated footballer with 43 trophies to date. Given the state of Barcelona, he could offer some much-needed help and guidance to the younger players, like 21-year-old USMNT player Sergino Dest.

Barcelona plan to present Alves in his sensational return next week.