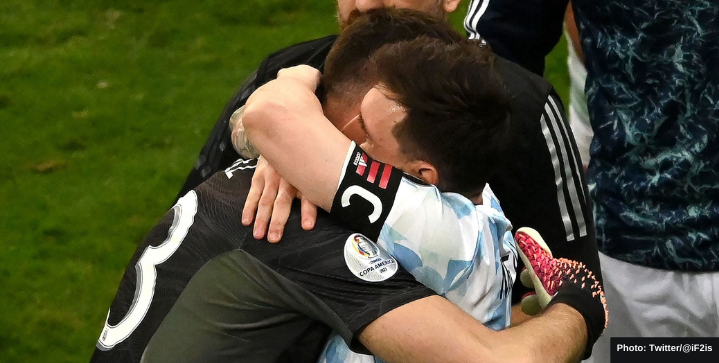 Argentina goalie Emiliano Martinez also teased Mina before the penalty taker before his shot. “I know where you’re going to shoot,” said Martinez. “Watch and see how I’m gonna eat you up.” Martinez stopped three penalties in the shootout to give his team the victory.

Messi was mocking Mina’s showboat dance after the Colombian scored in the shootout against Uruguay in the Copa America quarter-finals.

Colombia won the match 2-4 on penalties only to come to the opposite conclusion against Argentina three days later.

Messi and Mina played together for a half a season at Barcelona. Mina then signed for Everton for in a deal worth €30 million to start the 2018/19 season.

Now, Messi faces off against former teammate and friend Neymar in the Copa America finals. Both players are having standout tournaments, joint leaders for all goals and assists, most shots, most chances created, most take-ons, and most fouls won.

The final will determine who wins Player of the tournament.