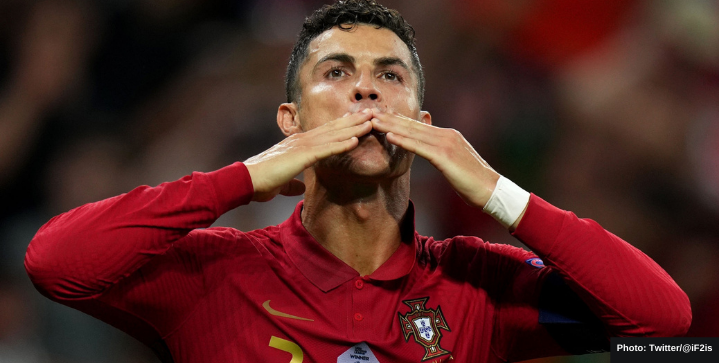 The Portuguese star scored his 108th and 109th international goals in his team’s EURO 2020 match against France in Group F.

Ronaldo is now ONE goal shy of tying Iran’s Ali Daei for the most goals in men’s international history 🔥 pic.twitter.com/22kwbxbkdu

The former Real Madrid teammates each added another goal to their tally in the second half. The draw means Portugal now face Belgium in the last-16.

Ronaldo’s goal — his first-ever against France — also makes him the first goalscorer across Euros (14) and World Cup (7) to reach 21 strikes. He’s netted a remarkable 48 goals in his last 45 matches for Portugal.

However, even if (re: when) Ronaldo breaks the men’s international goal record, he’ll still trail 77 goals behind all-time international leading goalscorer for men and women, Canadian forward Christine Sinclair.