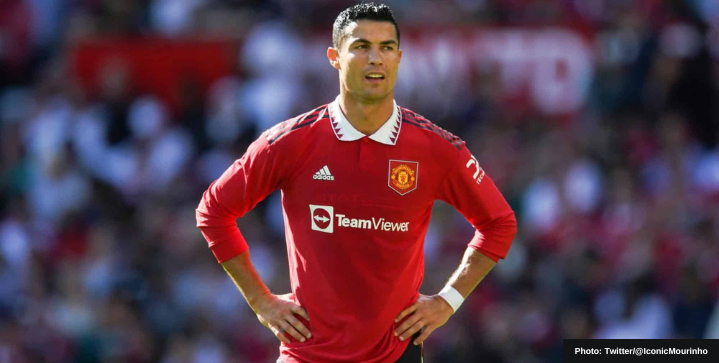 The Manchester United striker has created a stir with some of his latest revelations in an explosive interview with Piers Morgan on TalkTV.

In part one, he ridiculed the lack of development at Manchester United, specifically the outdated training and weight rooms. He also disagreed with the decision to hire Ralf Rangnick as the “boss” to replace Ole Gunnar Solskjær.

In addition to calling former United teammate Wayne Rooney a “rat,” Ronaldo shared that only an intervention from Sir Alex Ferguson prevented him from joining cross-town rivals, Man City.

United responded to the bombshell interview by taking down a mural featuring Cristiano Ronaldo outside Old Trafford.

During the second part of the 90-minute interview, Ronaldo revealed that he could hang up the boots sooner rather than later.

“It’s difficult to tell right now, because my mood is, right now, [focused on] the World Cup. It’s probably my last World Cup, of course, my fifth World Cup. I don’t know what’s going to happen after the World Cup, but as I told you before, and I will say again, the fans will always be in my heart. And I hope they will be by my side, even if I [come] back, or if I’m not back, or if I stay or whatever. Nobody’s perfect.

“Episodes in the life we all have is part of being human beings, is part of me being a human being and [being a] father as well. I always will commit mistakes. But I don’t know, it’s hard to tell right now what’s going to happen after the World Cup because my focus is for the World Cup, for the Portugal national team.

Of course, that wasn’t the only revelation dropped during the interview. When asked about his relationship with Lionel Messi, the Portuguese striker said that “he’s an incredible player. Magic. We shared the stage for 16 years. Imagine… 16 years! So I have a great relationship with him.”