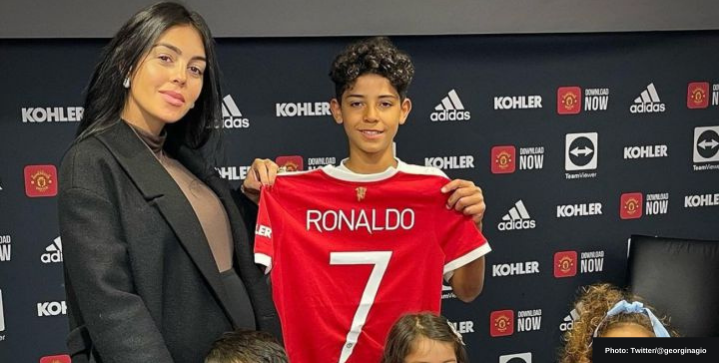 The 11-year-old will wear the No. 7 just like this father, who re-signed with the Red Devils for a second spell at the beginning of the season.

Needless to say, expectations remain high for the son of one of the world’s best players. But Ronaldo Jr has held his own, scoring 58 goals in 28 games during his time with the Juventus youth team last year.

“I already told Ronaldo that I want to see him play in Sporting before I die. If it’s not him it will be his son, he plays better than Ronaldo,” said Maria Dolores.

“At that age, Ronaldo didn’t have a coach but today Ronaldo is his son’s teacher. He’s already saying: ‘Dad, when we move to Lisbon I want to play for Sporting.”

Cristiano Ronaldo recently posted an image of him and his son practicing during the international break. Can the younger follow in his dad’s footsteps?