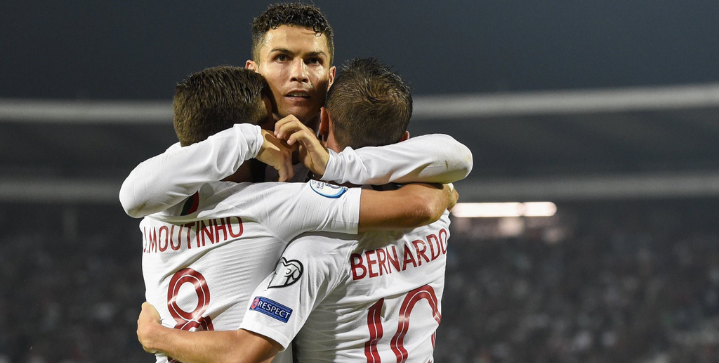 Cristiano Ronaldo scored four of Portugal’s goals in a 5-1 routing of Lithuania in Euro 2020 qualifying.

What’s more, Ronaldo’s hat-trick means he now has more on the international stage than the legendary Pele did for Brazil (7).

Six of Ronaldo’s eight hat tricks for Portugal have come after turning 30 years old. The talisman can’t stop scoring, as Lithuania became the 40th different nation Ronaldo has netted against.

The Portuguese forward also beat out Robbie Keane to become the top goalscorer of all time in European qualifiers with 24 goals.

There is no stopping him. But can Portugal repeat as European champions? 🏆🇵🇹⠀ ⠀ #CR7⠀ #EURO2020⠀ #CristianoRonaldo

“I am happy and enjoying this moment, not because I scored the goals,” said Ronaldo. “But because of the level we have been able to demonstrate in recent years.”

In addition to breaking the all-time international goals record, Ronaldo will be looking to repeat as European Champions in 2020.

How many more goals will Ronaldo get before he retires?