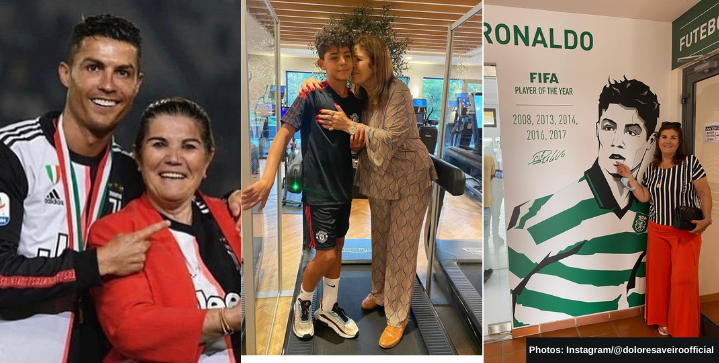 “I already told Ronaldo that I want to see him play in Sporting before I die. If it’s not him it will be his son, he plays better than Ronaldo,” Maria Dolores, Ronaldo’s mom, told The ADN de Leao Podcast.

“At that age, Ronaldo didn’t have a coach but today Ronaldo is his son’s teacher. He’s already saying: ‘Dad, when we move to Lisbon I want to play for Sporting.”

The legend’s son has benefited from his father’s career at Real Madrid, Juventus, and now Manchester United by playing for each of the club’s academies.

The youngster scored 58 goals and 18 assists in 25 games for Juve’s academy last year. Jr. now gets to link up with Wayne Rooney’s kid Kai in Manchester.

While the genes are in his favor, it’ll be years before anyone gets to see Ronaldo Jr. make his professional debut. Until then, let the boy follow in his dad’s footsteps but stay clear of the soda.