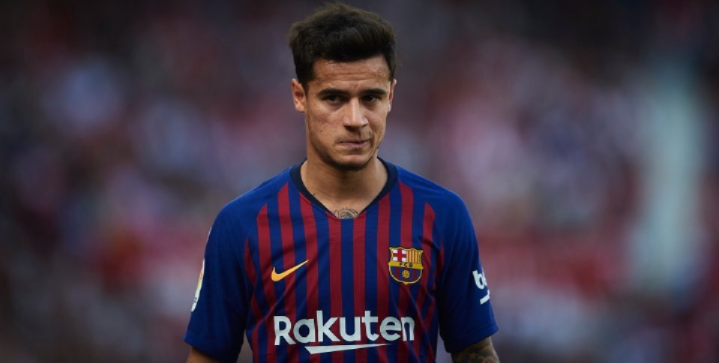 Philippe Coutinho may be headed back to England.

Barcelona is trying to offload the 27-year-old winger, but his future depends on some of the other big-name transfers in the final 48 hours of the Premier League transfer window.

Here’s the rundown on the potential destinations in England for the Brazilian wantaway.

Liverpool: Despite Klopp’s admiration for former Liverpool man Coutinho, the Reds aren’t willing to put up the big bucks at the moment. After all, they did win the Champions League last year without their former Brazilian star.

Arsenal: According to L’Equipe, the Gunners appeared to be in the running to take Coutinho on loan. However, Arsenal are focused on filling the center back position to replace Laurent Koscielny and an aging Nacho Monreal.

Tottenham Hotspur: Spurs have entered the race to snag Coutinho on loan, but it all depends on the departure of Denmark international Christian Eriksen.

Eriksen is rumored to be on Manchester United’s wishlist with Pogba potentially on his way to Real Madrid. Coutinho played under Mauricio Pochettino for six months at Espanyol.

#thfc have registered an interest in signing Philippe Coutinho from Barcelona before the transfer window shuts. [Talk Sport]

The Premier League transfer window closes on Thursday, August 8th. With Coutinho’s availability made official, expect a whirlwind of rumors to circulate for the next 48 hours.

Keep your eyes right here or on Instagram for more announcements.