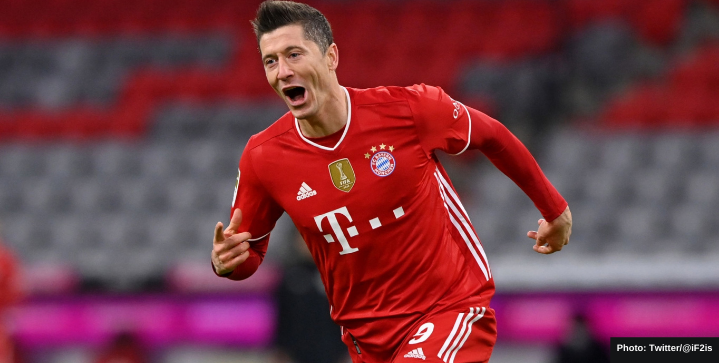 Ballon d’Or finalist Robert Lewandowski could be on his way to the Premier League. Thomas Tuchel considers the Polish striker his second-best option in the transfer market this summer if Chelsea can’t snatch Erling Haaland.

The Blues are prepared to offer £50m to bring Lewandowski to Stamford Bridge. The player remains contracted to the Bavarian giants until 2023.

Lewandowski is never short on admirers. He’s enjoyed a stellar career with Bayern Munich, scoring over 200 goals since his arrival in 2014. He won the European Golden Boot this year by scoring 41 goals in Bundesliga alone.

But the prolific scorer is reportedly looking for a new challenge, and he’s said to fancy a new city and culture as part of his next career move. He was linked with a move to Real Madrid back in June. However, he could be the one to break the no. 9 curse at Chelsea.

“I still have an open mind and I feel good at Bayern, Munich is a wonderful city and it’s a massive club. I have, however always had curiosity to pick up a new language and experience a new culture but I don’t know if that is something that will happen during my playing career or later in life,” Lewandowski told Canal +.

Chelsea face a battle on their hands though if they think they can prize away Lewy from Bayern Munich. With two years left on his contract, the German champions could extend the star’s contract or wait until next summer to sell Lewy at about the same value, £50m.