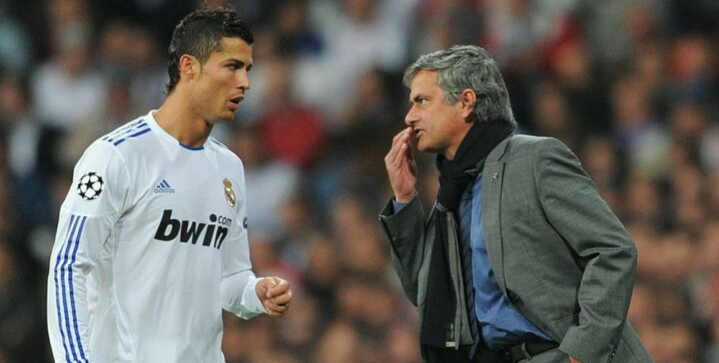 Zinedine Zidane is back in the hot seat after a dismal 3-0 defeat to Paris Saint-Germain in Wednesday’s Champions League group stage opener. His team even failed to register a single shot on target — the first time in 578 games.

Los Blancos have also drawn two of their first four games this season and sit in 3rd place in La Liga.

Zidane has won seven times in the last 16 games across all competitions, giving him a win percentage of 56% compared to the 80% he earned in his first stint as manager.

Speculation brewed after the match about the French boss’s immediate replacement. Former Madrid head coach Jose Mourinho emerged at the top of the list.

However, the Portuguese manager has dispelled such rumors by showing his support for Zidane.

“I would not like to return to Real Madrid because they already have a coach, and he’s not just anybody,” said Mourinho.

“They’re third or fourth, no? Close to being first,” he added.

“It’s not bad. If you look at it pragmatically, if you focus on the table, they’re right there. Now, they play Sevilla and if they win, they go ahead of them. Barcelona are behind them and Atletico are a point ahead,” Mourinho told Deportes Cuatro.

Mourinho was tipped to manage the squad last year to replace Santiago Solari but some of the veteran team members including Sergio Ramos preferred to see the Frenchman’s return.

What’s your take — is Zidane in or out? Let us know on Twitter.

AS Roma drop their much anticipated third kit

Dembele cleared to return to Barcelona squad ahead of Villarreal