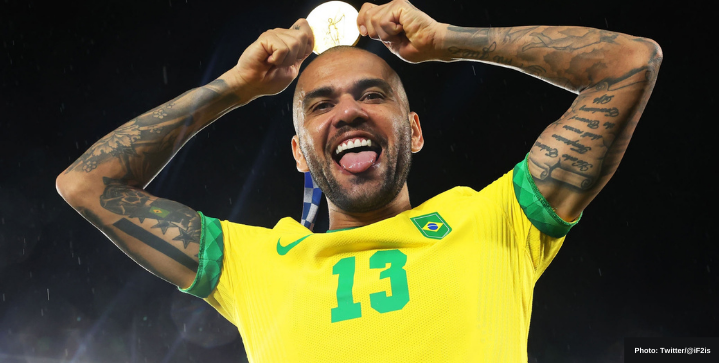 The Brazil international spent 8 trophy-laden seasons at Camp Nou before heading off to Juventus in 2016. Alves is keen to play for Brazil in next year’s World Cup in Qatar.

“It would sound very opportunistic that Barca need me now,” the 38-year-old right-back told Sport. “I always said that I left because I saw things were not the way I thought they should be.

“You never want to see everything that has ended up happening since I left. I’ve said that when Barca need me and want me, I would be at their disposal regardless of where I am. The affection, love and respect I have for this club is too much.

“If Barca think they need me, they just have to call me. I still think I can contribute anywhere, but more at Barca because of the number of young players that they have now.”

Barcelona have yet to respond to the 38-year-old right-back. Koeman admitted the club’s silence on the potential return. “Dani Alves? Nobody from the club has spoken to me about this possibility. I prefer not to comment,” said Koeman to reporters.

Given the state of Barcelona, 7th in the La Liga table, Messi-less and in the midst of a massive rebuild, anything that seems possible. Having the most decorated man in football — Alves has won 43 trophies — might do wonders for team morale.

Even veteran Gerard Pique is playing with the possibility of Alves’s return. “Dani Alves is a great friend, and one of the best players in history. His return depends on the decision taken by the club,” said Piqué.

Do you think Barcelona will let Alves suit up for Barcelona one more time?