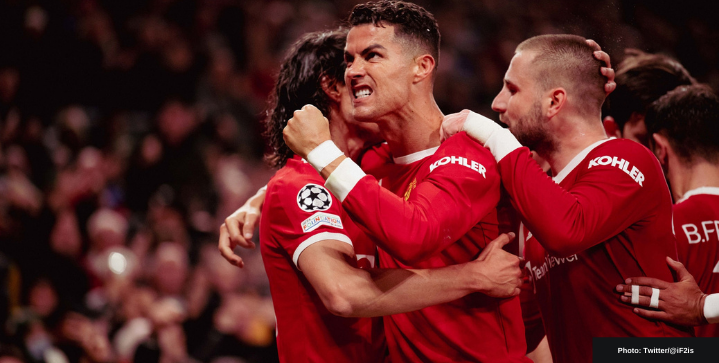 Ronaldo has informed his agent Jorge Mendes to start scoping out an exit plan from Manchester United, according to Sport.

Mendes, who has a good relationship with Barcelona president Joan Laporta, could offer his client’s services to the Catalan giants.

The Portuguese superstar continues to grow frustrated with the management team at United, first with Ole Gunnar Solskjær and now playing under interim boss Ralf Rangnick. In the five Premier League matches under Rangnick, the Red Devils have only scored more than one goal in a game just once.

Could Ronaldo be a target for Barcelona?

Ronaldo made a sensational return to Old Trafford this season after former manager Sir Alex Ferguson persuaded him it was the right move. The 36-year-old nearly signed for crosstown rivals Manchester City.

Cristiano became a legend in his first stint as a Red Devil, helping the club to three Premier League titles and a Champions League triumph. He also became the club’s first Ballon D’Or winner since George Best, an award he won four more times.

Ronaldo is United’s top scorer in the Premier League this season with 8 strikes. But some believe the attacker’s presence is doing more harm than good, curbing the development of 20-year-old attacker Mason Greenwood while failing to buttress United’s top-four hopes.

It seems nearly impossible to imagine Ronaldo in Blaugrana colors given his affiliation and loyalty to Real Madrid. Barcelona also just signed Ferran Torres, with an increased focus on acquiring Erling Haaland. Madrid are also vying for Haaland and Kylian Mbappe to kickstart the next Galacticos era.

Mr. Champions League wants out of Manchester. That much is clear.