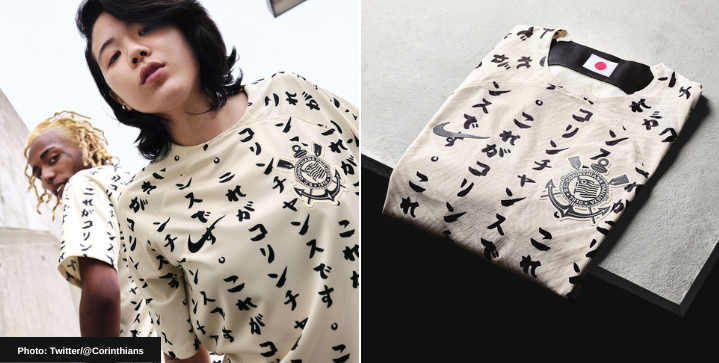 Corinthians have paid tribute to their 2012 Club World Cup victory over Chelsea by releasing a beautiful new third kit.

The victory capped off a year that saw the first-time Copa Libertadores champions go undefeated on the international stage, conceding a mere four goals.

Corinthians 2022 third shirt turns inspiration into a work of art

The Nike third shirt (get the kit here) introduces a beautiful mixture of cream and black alongside Japanese text that reads, “Here is Corinthians!” in vertical format. The text continues down the back of the shirt.

The ‘Hinomaru,’ or the national flag of Japan, sits on the neckline.

The kit perfectly complements the 30,000 fans dubbed “Invasão da Fiel” that traveled to Japan to watch the match.