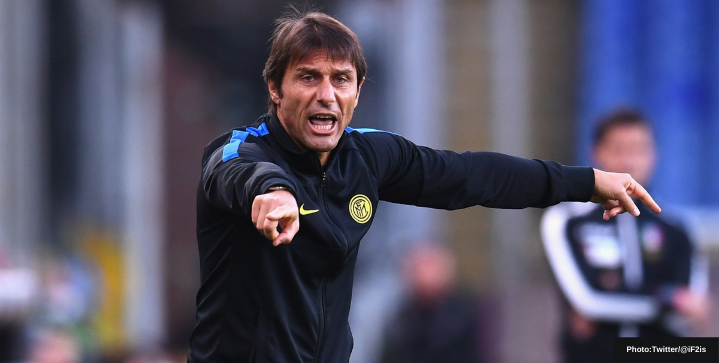 Antonio Conte is in advanced talks with Tottenham board about taking up the vacant managerial role.

Conte has emerged as the leading candidate for the Spurs job after parting ways with Inter Milan last week.

It was rumored earlier in May that Spurs had already held “fruitful and interesting” talks with the Italian boss while he was still under contract with Inter.

Conte would be a huge snag for Spurs who’ve been trophyless for the last 13 seasons. Conte assures silverware. The 51-year-old typically stays at clubs for 2-3 seasons (Juventus, Chelsea, and Inter Milan) and always leave with a medal.

However, the situation at Spurs is eerily similar to the one at Inter and the main reason Conte left: no new signings! Goal machine Harry Kane wants to play Champions League football and is being linked to both Manchester City and Chelsea. Sky Italia reports that Kane’s decision to stay may be a dealbreaker.

Spurs chairman Daniel Levy will therefore have to guarantee Conte much more than a long-term contract. Levy must also promise a project that includes Kane and a squad overhaul this summer and beyond. Spurs already negotiating with former Juventus chief football officer Fabio Paratici, who worked with Conte in Turin, to further incentive the deal.

Is Conte a good appointment for Spurs? Let us know on Facebook.