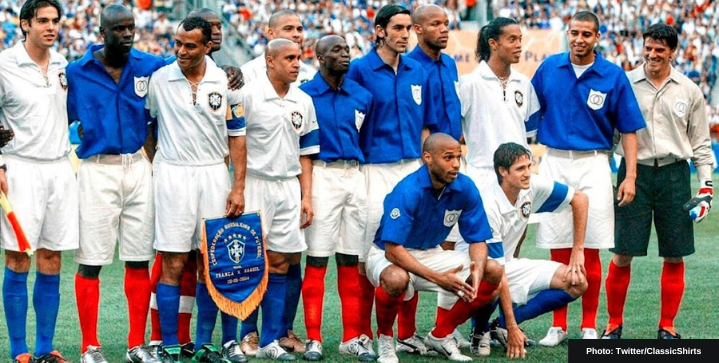 The FIFA 2030 World Cup marks the 100th anniversary of the first competition of the 1930 World Cup hosted in Montevideo, Uruguay.

The location for the 24th-ever World Cup is still yet to be determined, with joint bids from South American countries (Argentina, Uruguay, Paraguay, and Chile) and a European contingent led by Spain, Portugal, and Ukraine. Italy and Saudi Arabia are also considering a bid.

Dominguez encouraged FIFA President Gianni Infantino about Paraguay’s chances of hosting the games during a speech on Tuesday. Infantino was attending the opening of a new women’s training facility.

“History cannot be bought with money, luxury does not make history. I invite the Fifa president to have a World Cup here in 2030, to play with the same uniforms of 1930, to go back to the essence. We are ready to have the World Cup in 2030,” Dominguez told the audience.

In 2004, France and Brazil faced off in old-school outfits to celebrate FIFA’s centenary and gave us a sneak peek of how the 2030 World Cup retro kits might look.

Yes, the baggy collared shirts and long shirts look like jockey uniforms. But one could see Adidas (with the trefoil, of course, Nike and Puma) working within the traditional design parameters to create retro-versions.

Those white Brazil kits and light blue Uruguay kits from the 1930s were ace!

Who wouldn’t want to see another round of remixed versions of these 1930s kit classics?