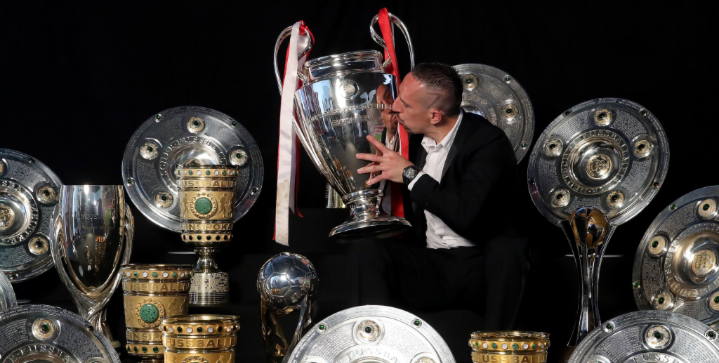 Bayern Munich legend Franck Ribery will join Serie A side Fiorentina on a free transfer after his Bayern contract expired.

The Frenchman will sign a two-year deal worth approximately £3.6m a year.

The 36-year-old winger spent 12 years in Munich where he won 24 trophies, including a Champions League trophy and a Bundesliga-record nine titles.

Can Ribery continue his trophy haul?

Ribery will link up with another Boateng, Jerome Boateng’s brother Kevin-Price Boateng, who left Barcelona on loan to join the Viola.

The two players will add offensive power to a side that finished 16th in the Serie A last year, narrowly escaping relegation.

American business owner Rocco Commisso bought the team last year for $181 million with hopes he can revive the decorated club.

Fiorentina has not won the league in 50 years.