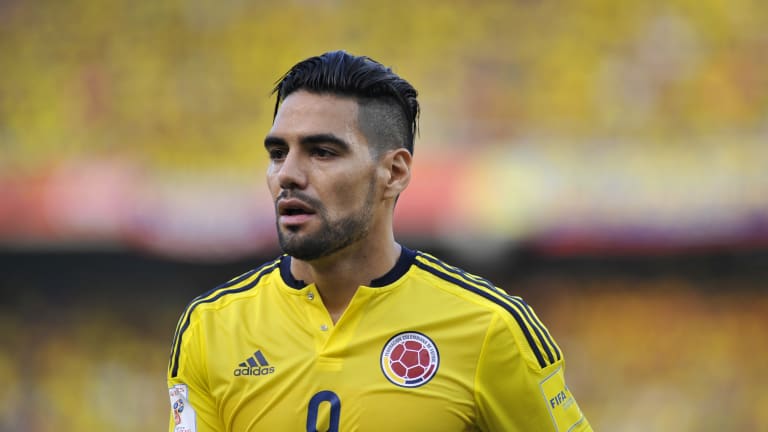 With a fifth-place finish at the 2014 World Cup, Colombia announced itself back onto the world stage. Here are some of the best players that got them there, in addition to the Colombian players responsible for past successes.

Winning the Golden Boot for the most goals in the 2014 World Cup in Brazil, including the best goal of the tournament, midfielder James Rodríguez made a splash onto the world football scene and revived a struggling Colombia side which had missed World Cups 2002 and 2010. He also led the team to one its best World Cup results ever before losing out to Brazil in the quarter-finals. The 27-year-old now stars for Bayern Munich where he won the 2017-2018 Bundesliga.

A part of Colombia’s golden era in the 1990s, the forward Faustino Asprilla played 57 fixtures for the national side and scored 20 goals. A talented player with a volatile personality to match his sporadic style of play, entertained in 2 World Cups and 2 Copa America tournaments.

Scoring the winning goal in the Copa América in 2001, the Colombian central defender and captain Iván Córdoba earned 73 caps across a five year career which saw him play in a World Cup, the FIFA Confederations Cup, and two other Copa Americas. He also helped win 5 Serie A championships for his club Inter Milan, including 4 Italian League Cups, and a 2010 Champion League trophy.

Despite pushing Colombia into the 2014 World Cup with nine team-leading goals, Radamel Falcao sat out the World Cup due to injury. The talented forward known to poach goals — he’s scored 31 strikes in 79 international outings — became Colombia’s top leading goal scoring during 2018 World Cup qualifications. He continues to light up Ligue 1 with 53 goals for Monaco to date.

The former Arsenal goalkeeper David Ospina is approaching 100 caps for the Colombian side. Having participated in the successful quarter-final finish at the 2014 World Cup where he allowed only 4 goals, he also went out early in the Round of 16 at the 2018 World Cup. While Ospina often makes the odd blunder, he’s also known to make remarkable saves.

The all-purpose midfielder Freddy Rincon played an integral role in Colombia’s 3 World Cup appearances in the 1990s. With 84 caps and 17 goals, he scored the key goal against Germany in the 1990 World Cup that pushed Colombia into the second round for its first time in history.

Known as a clinical finisher, the striker Willington Ortiz helped the Colombia side reach the Copa America final. Although his teams preceded the golden generation, so he never played in a World Cup, his 49 appearances and 12 goals still make him one of the top Colombia players of all time.

A goalkeeper of tremendous composure during Colombia’s golden era which spawned 3 World Cups, Rene “El Loco” Higuita played 68 games with Colombia in which he occasionally flashed acrobatics and dangerously came out of the box. Known as the creator of the ‘Scorpion Kick’, he also took free-kicks and penalty kicks (he scored 30 during his career), unusual for a goalie but perhaps nothing out of the ordinary for “El Loco.”

A participant in Colombia’s 1990 World Cup and two Copa América tournaments, one of which he was top-scorer, the striker bagged 25 goals with his national side. He also scored over a century of goals for his club team Millonarios de Bogota.

The 3rd most capped player for the Los Cafeteros with 101 appearances, defensive midfielder Leonel Álvarez played in two World Cups and five Copa América tournaments. He also scored the game-winning penalty for Atletico Nacional in what was the first Copa Libertadores victory for a Colombia Club team. He also coached the national side for a year in 2011.