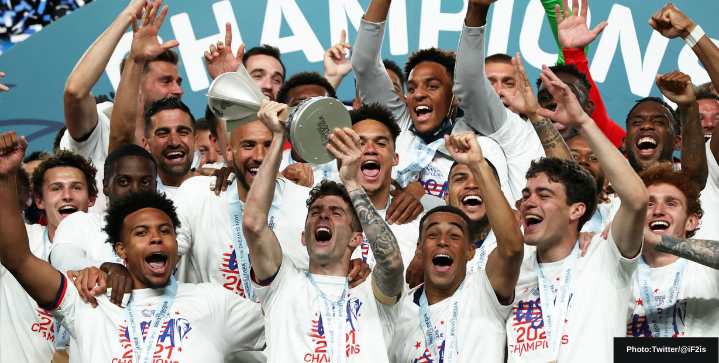 The 23-year-old just returned to the pitch for Chelsea after suffering an ankle injury in the USMNT’s 4-1 win at Honduras back in September.

“I hope they don’t overuse him,” said Tuchel. “I hope they are responsible enough. Christian still feels a bit of pain. He absolutely wants to come back, but it’s a matter of pain management, not re-injury or being still injured.

“It’s just that it’s still painful. But he tried so hard and wanted desperately to come back and we needed him to come back. But yes, we are a bit worried.

“Hopefully (the US team) and he himself are responsible and he doesn’t get carried away with emotion by helping his country to win a super important match. Hopefully it all goes well and the minutes will elevate him and he comes back stronger.”

Pulisic will most likely make a cameo in the second half rather than risk reinjury in a full 90 minutes of Concacaf football. The likes of midfielders Brenden Aaronson and Weston McKennie, and emerging star Ricardo Pepi will have to step up against Mexico in Pulisic’s absence.

Meanwhile, Berhalter revealed that Zack Steffen will start in goal for the site, just his second for the US this season. Sergino Dest, John Brooks, and Giovanni Reyna are still out.