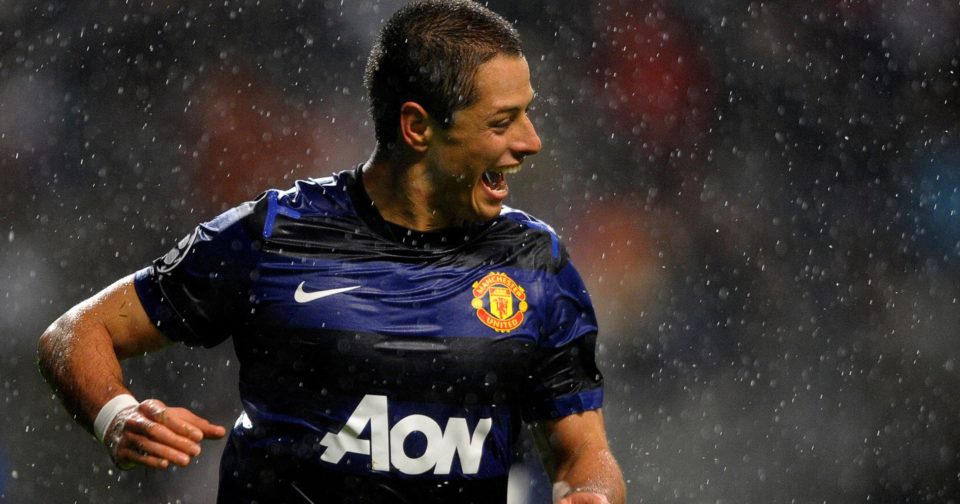 The latest star to join the LA Galaxy for a club-record fee of $9.4 million, Javier “Chicharito” Hernandez has scored some vital goals in his career.

Here are Chicharito’s best goals of all-time, at both club level and for his home country, Mexico.

The Mexican striker, flanked by Wayne Rooney and Robin Van Persie, scored a winning header against Braga in Champions League. The goal was his second of the night to complete United’s magnificent turnaround.

In Chicharito’s first Champions League goal, he takes a beautiful one touch to tee himself up before slotting it home beyond the goalie’s reach. The 85th-minute goal gave United the 1-0 victory.

Chicharito became the first Mexican to reach the 50 goal milestone when he scored from close range off a deflection against Fulham during the 2018-19 Premier League season. It was typical Chicharito — not pretty but the header was enough to dink it in the back of the net.

Chicharito became the highest-scoring Mexican in the Premier League with a subtle little flick against Stoke. He ended his Premier League career with 53 strikes to his name, with 37 of those for the Red Devils between 2010 and 2015.

It may have been just a friendly between Mexico and Ecuador, but Chicharito still lit the game up a delightful smash to the top right corner. Who said Chicharito was just a poacher?

When Sir Alex bought Chicharito in 2011, he had no idea he was getting a bargain for £6 million. But the Mexican striker proved to be a pivotal gem for the Red Devils Premier League title-run.

This goal came 36 seconds in against Chelsea, Chicharito’s 20th of the season. The strike also all but secured the league for the Red Devils.

While not the most fascinating of Chicharito’s goals, his tap-in against West Brom provided to be the last goal under the reign of legendary boss Sir Alex Ferguson.

While on loan to Real Madrid, Chicharito made sure to slot home a nifty pass from Ronaldo in what became the winning goal that eliminated Atletico Madrid in the 2015 Champions League quarter-finals.

A lovely header against Croatia at the 2014 World Cup reminded El Tri boss Miguel “Piojo” Herrera that he should’ve included Chicharito in the starting lineup. The Little Pea, infamous for being a poacher, is always a threat inside the box.

Javier ‘Chicharito’ Hernandez scored his best goal for Bayern 04 Leverkusen when just outside the box, he took one touch and smashed the ball into the far right bottom corner.