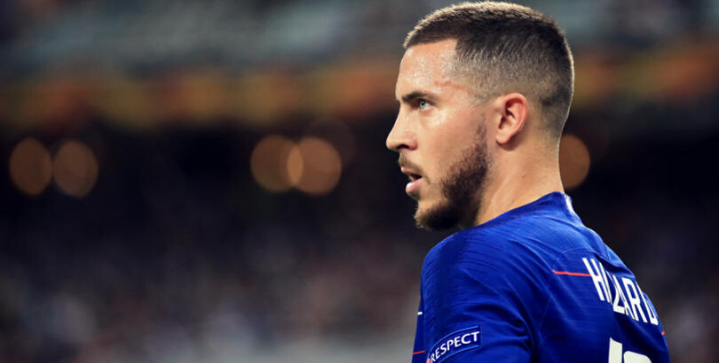 The Blues have made some of the best signings in recent history, mainly due to the 2003 takeover by Russian billionaire Roman Abramovich who injected the team with cash. From Frank Lampard to Didier Drogba, let’s take a look back at Chelsea’s best signings of all-time.

Signed from West Ham in 2001 for £11m, Frank Lampard more than proved his worth to Chelsea fans who rued his signing. “Super Frankie Lampard,” as came to be known among the Chelsea faithful, is still the only midfielder to score 150 or more goals in the Premier League. The goal-scoring legend also had a knack for passing, registering 102 assists in his 13 years at Chelsea. The 3-time Chelsea player of the season and Champions League winner once finished runner-up to Ronaldinho to Ballon d’Or in 2005.

The £24m signing from Marseille Didier Drogba is often considered the best player in club history. He scored 157 goals in 341 appearances for The Blues. He also helped Chelsea equalize in the 2012 Champions League final before scoring the winning penalty against Bayern Munich. The Ivorian scored consistently in the biggest competitions, 36 goals in European matches and a goal in four FA Cup finals. The twice Premier League Golden Boot also won three League Cups.

The Belgian has been a creative sensation for the Blues ever since his £32m from Lille in 2012. Nicknamed the “Belgian Messi,” Eden Hazard’s speed and ball control are second to none. The attacking midfielder has scored 74 goals in his seven seasons with the club. A two-time Premiership League champion Hazard has also won two domestic cups and the Europa League in 2013.

Once the most expensive goalkeeper in the club’s history, Petr Cech signed from French club Rennes for £7m in 2004. Let’s just the investment paid off. The first recipient of the Premier League Golden Glove award, Petr Čech set a single-season record of 24 clean sheets for The Blues during the 2004-05 season. After returning from a horrific incident in a 2006 match that left him with a fractured skull, he sported a trademark helmet that saw him lift Champions League, four League titles, four FA Cups, plus one UEFA Champions League.

The Frenchman who originally signed with the Claudio Ranieri led-side in 2003, went on to have an illustrious career as a defensive midfielder with the Blues. They even named a new position after him, ‘The Makelele Role,’ to define an essential role at the back while helping other players push forward. Claude Makélélé won two consecutive Premier League titles, an FA Cup and two League Cups and took the club to its first-ever Champions League final in 2008.

Considered by some to be the best left-back in the world during his career at Chelsea, Ashley Cole won four FA Cups, a Premier League, a League Cup, a Europa League Cup, and Champions League with The Blues. His controversial £5.5m move from the Gunners in 2006 to Chelsea earned him the nickname ‘Cashley Cole’ by Arsenal fans. With his continued success and swath of trophies in West London, Cole was able to put the transfer saga comfortably behind him.

Once voted Chelsea’s greatest player ever in 2003, the Argentine striker flourished in his time at Chelsea. He made 229 appearances for the club over seven years, scoring 59 goals. After Gianfranco’s exquisite back-heel goal against Norwich in 2002, Chelsea coach Claudio Ranieri replied: “Gianfranco tries everything because he is a wizard and the wizard must try.” Zola finished his career with 2 FA Cups, 2 English Super Cups, 1998’s English League Cup, and a UEFA Supercup victory in 99. He also played a key role in The Blues advancement to the quarter-finals in 1999-2000 Champions League.

Nicknamed The Bison for his strong defending, the Ghanian Michael Essien signed for £24.4 million from Lyon and played more than 250 games for Chelsea as a central midfielder. During his nine years at Stamford Bridge, he became known as a utility player that did it all. The selfless Ghanian hero helped Chelsea win the Premier League in 2006 and 2010, along with three FA Cups and a 2012 UEFA Champions League trophy.

Ricardo Carvalho in 2004 for £20 million from Porto

Branislav Ivanovic in 2008 for £9.7 million from Lokomotiv Moscow

The great Serbian right-back was known to score vital goals when his team needed him most, such as the one the game-winning goal in the 2013 Europa League final. His nine year-spell at Stamford Bridge also saw him victorious in two Premier League titles, three FA Cups, one League Cup, culminating in a 2012 Champions League trophy.

Diego Costa in 2014 for £32 million from Atlético Madrid

The Spanish international known for his physical and confrontational nature scored 59 goals in 120 appearances for the club. He helped Chelsea to two Premier League titles in his three-year tenure, including the 2014/15 Football League Cup.