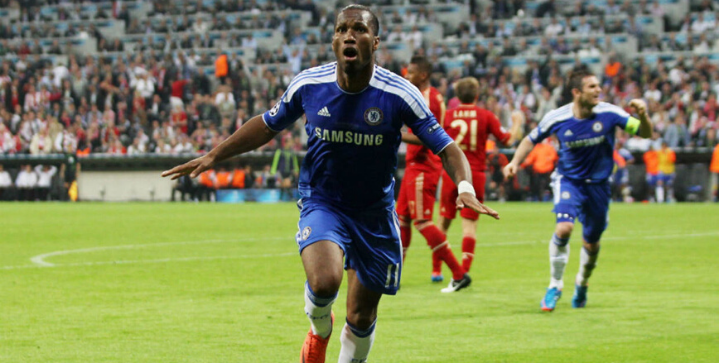 From Didier Drogba to Diego Costa, Chelsea has featured some of the most dangerous strikers in the world. Let’s take a look at the best eleven to play up front for the Blues.

Once voted Chelsea’s greatest player ever in 2003, the Italian striker flourished in his time at Chelsea. He made 229 appearances for the club over seven years, scoring 59 goals. After Gianfranco’s exquisite back-heel goal against Norwich in 2002, Chelsea coach Claudio Ranieri replied: “Gianfranco tries everything because he is a wizard and the wizard must try,.” Zola finished his career with 2 FA Cups, 2 English Super Cups, 1998’s English League Cup, and a UEFA Supercup victory in 99. He also played a key role in The Blues advancement to the quarter-finals in 1999-2000 Champions League.

The Spanish international known for his physical and confrontational nature scored 59 goals in 120 appearances for the club. He helped Chelsea to two Premier League titles in his three-year tenure, including the 2014/15 Football League Cup.

Top scorer at the club for three consecutive years, Jimmy Floyd Hasselbaink notched 88 goals in 177 games for the Blues. He also helped lead Chelsea to the Premier League title in the 2003/04 season, finishing as runner-up in the FA Cup.

Often a partner in crime with co-forward Jimmy Floyd Hasselbaink, Icelandic international Eiður Smári Guðjohnsen played six seasons with Chelsea where he scored 78 goals. A beneficiary of the Abramovich takeover the second half of his tenure, Hasselbaink finished his Chelsea career with two Premier League titles under Jose Mourinho.

While most fans thought his best days were behind him, Mark Hughes spent two successful years rebuilding Chelsea into a top competitor. His 39 goals in 123 appearances also include an FA Cup, a UEFA Cup Winners’ Cup, and a 1997–98 Football League Cup.

Not nearly as prolific as his days at Liverpool, Fernando Torres still earned a Champions League trophy during his time at Chelsea. He bagged the decisive goal against Barcelona in the semifinals that booked the Blues Champions League final appearance. He finished his career with 45 goals in 172 games, winning the Europa League and FA Cup as well.

The Ukrainian forward Andriy Shevchenko spent two years at Stamford Bridge, scoring 23 goals and playing 77 games. Unfortunately, the best of his days were over as he transferred back to Dynamo Kyiv where he started his club career.

The classy and quick French forward Nicolas Anelka scored 57 goals in 160 appearances with the Blues. His honors include two FA Cups, one Premier League title, and an FA Community Shield.

The Argentine footballer Hernan Crespo earned 31 caps and scored 12 goals in his first spell with the club. After returning on loan from AC Milan, the tenacious striker played an additional 42 matches, scoring 13 goals, and helping Chelsea win the 2005/06 Premier League.

The Cameroonian striker’s one year contract with Chelsea in 2013/14 saw him notch 12 goals in 35 games. He also bagged a hat trick in his first league start for the club. While not the prolific scorer in England he once was in Italy and Spain, he still demonstrated his strength and intelligent attacking runs.

Germany players with the most caps