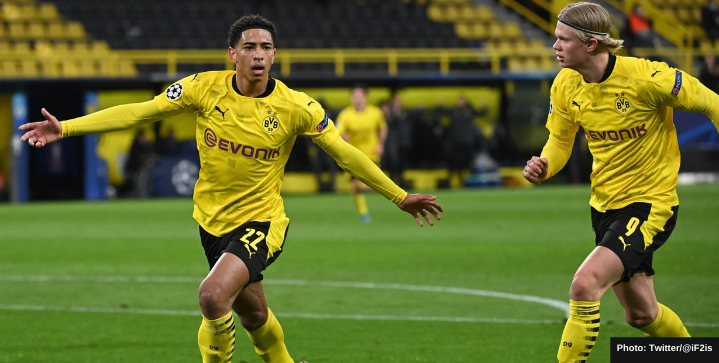 Jude Bellingham could soon be on his way back to England. Chelsea view the 18-year-old starlet as an alternative to Declan Rice should they not be able to land Rice this summer.

Bellingham enjoyed an impressive debut season at Dortmund following his move from Birmingham City last summer. The teenager reportedly denied a move to Manchester United to play for the Bavarian giants.

Bellingham’s quick rise in the Champions League saw BVB place a £100million transfer fee on their rising star last season. His contract expires in the summer of 2025.

So with two weeks left in the transfer window and Lukaku’s €115m deal behind them, Chelsea will need to offload some players before making Dortmund an offer for the England international.

Tammy Abraham is on the verge of a £34m move to Roma while Hakim Ziyech could also be on the move.

With Bellingham, Chelsea only solidify their case as contenders for the Premier League. The Blues finished 4th last season but won their second Champions League title.

A first look at Messi and Mbappe training at PSG