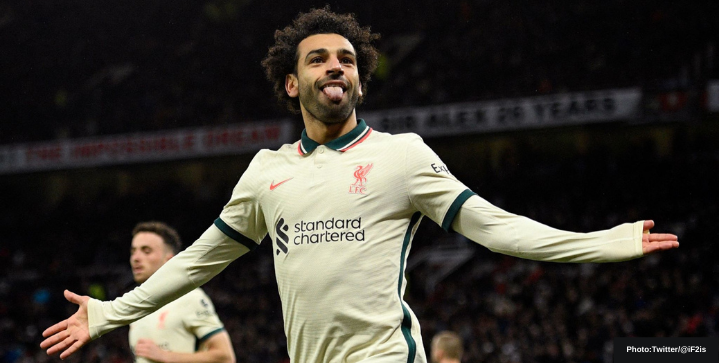 Chelsea should take advantage of Mohamed Salah’s contract impasse at Liverpool and bring the star back to Stamford Bridge, according to Blues legend Didier Drogba.

“If I am selfish, I will tell Salah to leave Liverpool and return to Chelsea,” Drogba, the two-time African Footballer of the Year, told the Liverpool Echo.

Salah has emerged the last few years as one of the best goal-scorers in the world after being labeled an “average finisher” during his time at Chelsea. The Egyptian has scored 20+ goals for the past four seasons at Anfield, finishing 7th in this year Ballon d’Or voting.

The Reds have been tipped to re-sign their superstar to a landmark deal worth £500k per week but negotiations have been ongoing since October. Many fans are wondering what’s taking so long to nail down a player that’s crucial to Liverpool’s chances of repeating Premier League and Champions League glory.

“Mo is fine, I’m fine. What we all want is clear and things like this take time. That’s it,” said Reds boss Jurgen Klopp earlier this week.

With the Reds struggling to put pen to paper, Drogba wants Chelsea to go after one of Chelsea’s lost gems. Salah is one of the many stars including Kevin De Bruyne and Declan Rice that left Chelsea early in their careers and blossomed elsewhere.

“My opinion is that Salah will remain the best, no matter if he continues at Liverpool or if he moves,” added Drogba.

“Any other team would perform better [with him] because he understands what he is doing, is good at scoring and creating goals and only needs the confidence of the coach.

“I do not know what his decision would be. This is his decision alone and his future. Wherever he goes, I will be one of his fans.”

Already one of Liverpool’s best strikers of all-time and a legend loved by Reds fans across the world, it seems impossible that Salah would go back to a side that made him an outcast.

Chelsea fans, would you take 29-year-old Salah back at the Bridge?