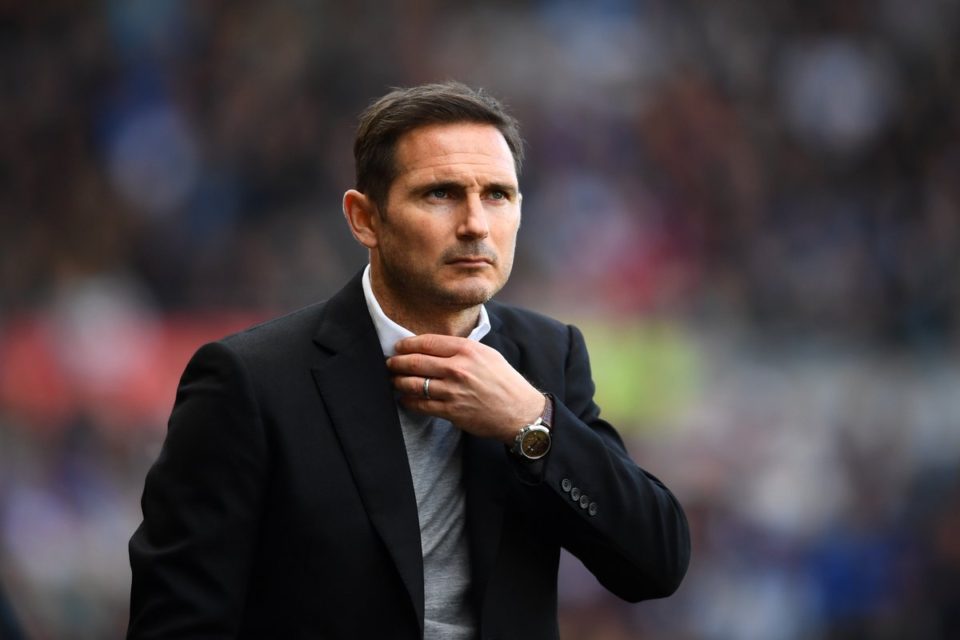 Following in the footsteps of Manchester United in hiring former players as coaches, Chelsea prepare to elevate legendary midfielder Frank Lampard as boss upon the imminent departure of Maurizio Sarri to Juventus.

Lampard is currently the coach of Derby County. The team lost the Championship play-off final to Aston Villa just last month. Lampard is still committed to fulfilling his two-year contract despite the club’s failure to get promoted to the Premier League.

But with Lampard’s old club knocking, it’ll be impossible for him to resist the chance to manage at the top echelon of world football. There may be no better time for both Chelsea and Lampard to test the waters too.

A transfer ban prohibits Chelsea from buying any new players over the next two transfer windows. On top of that, Eden Hazard is due to leave for Real Madrid any time in the next few days. Note that the transfer ban still allows players to the club.

The circumstances for both the club and Lampard couldn’t be any better. The club is trying to repair the rifts opened up over Sarriball — hiring a Chelsea icon rejuvenates fans but also gives the young and inexperienced coach Lampard a chance to prove himself.

The transfer ban may also compel Lampard to promote more players within the Chelsea academy to the first team with the recent success of academy graduate Ruben Loftus-Cheek. It also means that Lampard will bring along his Derby assistant and former Chelsea academy boss Jody Morris.

“I don’t think there’s an academy in this country that’s better,” said Morris. “But it doesn’t look like that on paper because of the amount of players who’re not playing in the first team. The players are good enough, but the managers are not aware of them.”

Of course, Frank Lampard is not Chelsea’s only candidate. Jose Mourinho, Laurent Blanc, and Massimiliano Allegri are also in the running. While appointing Lampard is a risk given his brief managerial career, it still presents the most inspiring rebuilding opportunity given the current challenges at Stamford Bridge.