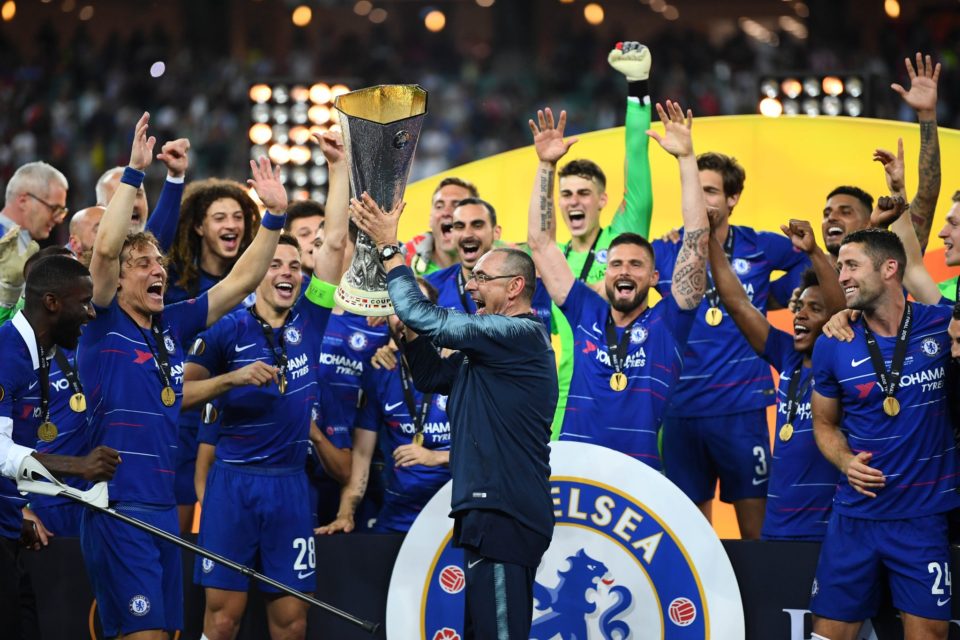 Former-Gunner Olivier Giroud opened the scoring with an exquisite header at the beginning of the second half. The Frenchman’s strike started a barrage of goals from the Blues.

Pedro scored the second goal in the 60th followed by a brace from the majestic Eden Hazard in a span of 7 minutes. Arsenal’s Alex Iwobi pulled one back in the 69th minute, but it was already too little too late — Chelsea was in cruise control.

Is this Hazard’s last game at Chelsea?

While the final was Petr Cech’s last professional game, it was also Eden Hazard’s final match in a Chelsea kit. The Belgian midfielder is reportedly off to Madrid where he’ll play under Zinedine Zidane who’s been a Hazard-admirer for years.

Eden Hazard reveals a decision HAS been made on his Chelsea future… pic.twitter.com/fqNNeIhCxP

In an on-field interview after the match, Hazard more or less confirmed his departure saying “I think it’s a goodbye but in football you never know. My dream was to play in the Premier League. I played here for seven years for one of the biggest clubs in the world and maybe it’s time for a new challenge.”

“My target was to win the trophy, that was the only thing in my mind. I made my decision already. I said it two weeks ago. Now it depends on the clubs, both clubs.

“I am just waiting. You will see, you will know in a couple of days.”

Hazard enjoyed another stellar year as a Blue, racking up an impressive 21 goals and 17 assists in all competitions on the season while also passing Ronaldo in total Premier League goals. His excellent form played an instrumental role in Chelsea’s third-place EPL finish and in winning tonight’s Europa League trophy, saving Maurizio Sarri’s job in the process.

The loss isn’t the first time Arsenal have capitulated in pivotal moments this season. The Gunners also let slip a top-four finish in the Premier League by earning a mere eleven points in the last nine games. The team will miss Champions League for the third year running.

Losing the Europa League may also scupper Arsenal’s grand plans to strengthen the team’s roster this summer. Instead, management may be forced to sell some of the squad’s key players including the likes of the dynamic duo Lacazette and Aubameyang.

It’s now been 25 years since Arsenal have won their sole major European trophy.