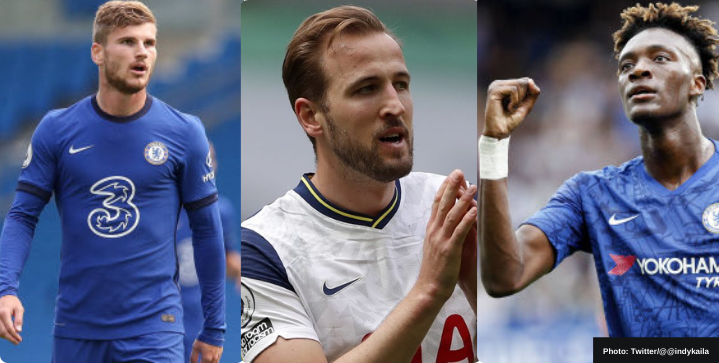 Chelsea have submitted a transfer package to Tottenham that includes Timo Werner and Tammy Abraham plus £100m in exchange for striker Harry Kane.

The Spurs board is set to make a decision on the offer next Monday, according to credible reports.

Which club is getting the better deal?

Timo Werner, meanwhile, has taken the brunt of Chelsea’s criticism this year for his inability to finish. The misfiring German still holds an impressive 12 goals and 15 assists in all competitions this season, with vast improvement under new boss Thomas Tuchel. With 14 of his goals ruled out by VAR and officials, it’s also fair to say he’s been unlucky.

Chelsea are also willing to part ways with club academy graduate Tammy Abraham. The 23-year-old striker was a Lampard-favorite but has dropped in status since Tuchel’s arrival. Abraham, however, is a proven goal-scorer with 6 Premier League goals for the Blues this season despite sitting a majority of the term on the bench.

A move to Stamford Bridge for Harry Kane might be the striker’s best fit. Moving to Manchester United with Greenwood, Cavani, and Martial or Manchester City with Gabriel Jesus and potentially Erling Haaland pose a role challenge for Kane.

While replacing Kane in the immediate term presents a challenge for Spurs, they would be receiving an emerging talent in Abraham and a dependable goalscorer in Timo Werner, especially if German gets back to his reliable self in the Premier League.