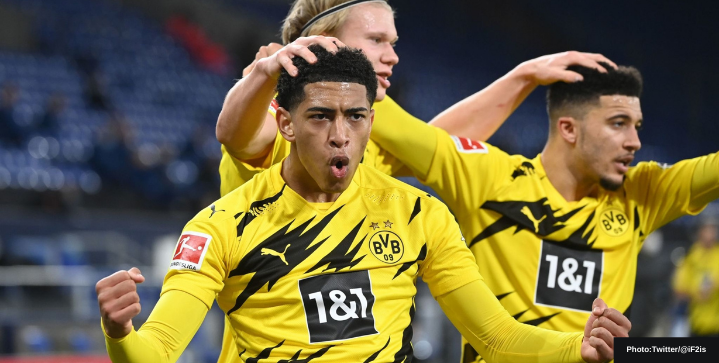 Chelsea are interested in signing BVB starlet Jude Bellingham this summer, according to Eurosport.

BVB have placed a £100million transfer fee on their rising star.

His superb string of performances even drew the awe of Pep Guardiola, who remarked, “I cannot believe it. Maybe he’s a liar! He’s so good for 17-years old.”

Bellingham scored a lovely goal 15 minutes in to the second leg on Wednesday that gave BVB the advantage over City.

The strike made Bellingham the youngest English goalscorer in Champions League history.

He also scored his inaugural Bundesliga goal the weekend before wit a 3-2 win over Stuttgart.

Bellingham rose up through Birmingham City youth program before debuting for the team at the age of 16 years, 38 days.

He transferred to BVB before the 2020/21 season for a £25 million fee, making him the most expensive 17-year-old in history.

But the teenager won’t come easy, with BVB desperate to hang onto their two other £100million prospects: Erling Haaland and Jadon Sancho.

Bellingham is no doubt tempted by a move to the Premier League. The rising star was already called up to Gareth Southgate’s England squad for World Cup Qualifiers last March. Southgate also plans to include the youngster in England’s Euro 2020 roster should Jordan Henderson remain unfit.

Do you think Chelsea is a good move for Bellingham or should he relish all the playing time he’s enjoying at Dortmund?