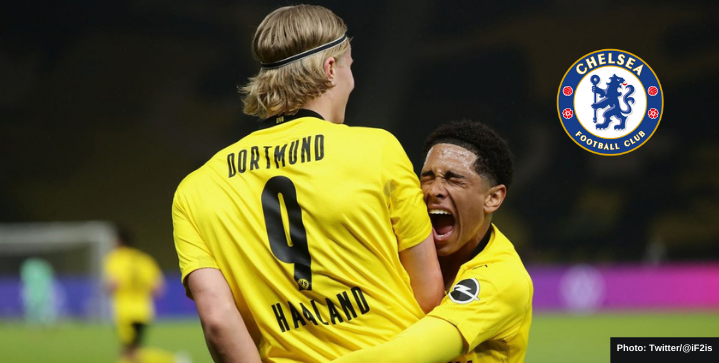 Despite rumors that Borussia Dortmund have turned down Chelsea’s opening offer for Erling Haaland, informal talks are still ongoing. That offer (re: proposal) included cash + Tammy Abraham or Hudson Odoi.

The champions of Europe still like their chances of signing the Norwegian international. Word on the street is that Haaland also remains interested in the move to Stamford Bridge, either this summer or next.

Unlike a majority of other big European clubs, the Blues are in an enviable financial position. They earned roughly $200 million between their top 4 Premier League finish and the Champions League victory last season.

Chelsea owner Roman Abramovich is rarely hesitant about spending big. He’s spent nearly two decades building one of the best European teams that has no problem attracting the world’s most elite players.

The Blues are also pursuing possible one-off deals with Arsenal over Tammy Abraham and Crystal Palace over the transfer of Hudson Odoi to raise funds for Haaland. Marcos Alonso is also on the table.

Dortmund to sell their star striker?

Only Chelsea and Manchester City — who denied interest in the 20-year-old goal-machine — can afford the player. “With these prices, we are not going to buy any striker. It is impossible, we cannot afford it,” said Guardiola late last season.

Former City player Alf-Inge Haaland, Erling’s father, prefers his son sign for the Sky Blues. But Alf-Inge is also open to a move to west London.