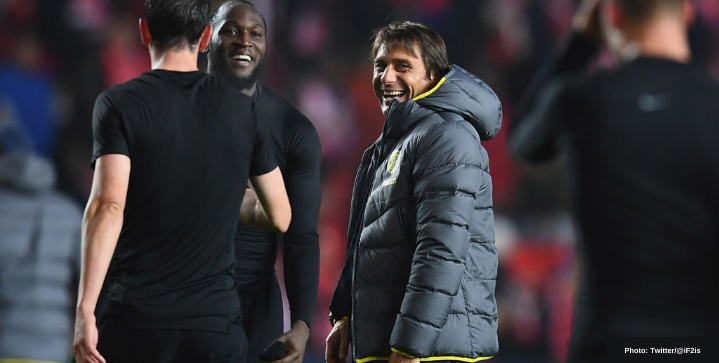 The Belgian returned to Stamford Bridge for a second spell on a £98 million deal this summer.

After reopening his Blues account with a goal and an assist against Arsenal, striking four times over his four opening games, the Belgian has gone quiet. Lukaku hasn’t scored in Chelsea’s last four matches.

“I think he can still do better, above all with his technique. He is already at a very high level, but a player must keep improving until the day he retires,” Conte told Sky Sport Italia.

“During the game, there are moments when Lukaku needs to be turned on, but other than that he is one of the toughest forwards to play against, because he can do damage in any area of the pitch.

“If you have a center-forward like that, you need to use him and I don’t think Chelsea have quite figured out how to use him yet.

“Last season, they didn’t have a proper center-forward, so they rotated positions, whereas Romelu is a real reference point in attack. If they can figure out how to use Lukaku, then Chelsea can become the team to beat in the Champions League this season.”

Do you think Lukaku can win the Premier League Golden Booth this season? Let us know on Facebook.