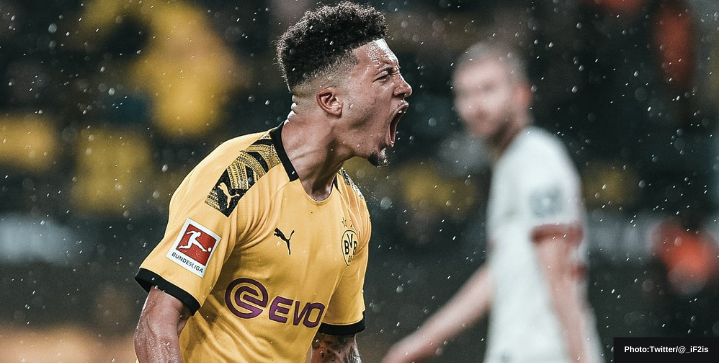 Chelsea and Liverpool have joined Manchester United in the race to sign Jadon Sancho from Borussia Dortmund, according to BILD.

The Premier League giants are all interested in the young winger with Dortmund’s reduced price tag of €100m.

Given the financial crunch caused by the COVID-19 pandemic, BVB have reversed course and are willing to accept a fee closer to the €90m-€100m mark. The ‘Corona’ discount offered after BVB’s revaluation must be met before the Euros should a Premier League deal want to finalize a deal.

“We already had a gentlemen’s agreement with Jadon Sancho since last year that he can leave the club under certain conditions,” said BVB sporting director Michael Zorc.

Will the Red Devils finally get their star man?

The 21-year-old winger is one of the most highly-rated players in world football. He’s been responsible for nearly 30% of Dortmund’s creative output this season, putting up 12 goals and 18 assists in 34 games this season — not to mention he lost 11 games due to injuries.

All in all, Sancho has recorded 30 goal contributions for an incredible three seasons in a row.

Will Manchester United seal the deal and pair one of the most exciting young prospects next to Marcus Rashford next season?

The Special One is back: Jose Mourinho appointed Roma’s new manager