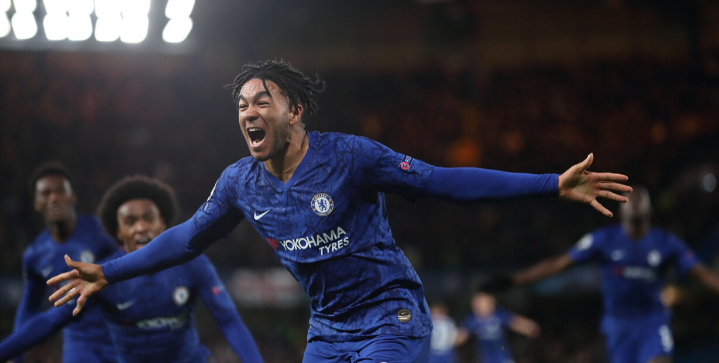 Chelsea came back from 3 goals behind to get a 4-4 result against Ajax at Stamford Bridge. The tie puts the Blues second behind Ajax in goal difference in Group F.

The match played out an epic — with chaos starting in the first five minutes of game action with each team on the scoresheet. Craziness ensued, as the second half featured two Ajax red cards and penalty kick all in the span of 90 seconds.

Here are five things we took away from this epic Champions League clash of Matchday 5.

Chelsea conceded three goals in the first half for the first time in the club’s Champions League history. Even more, the Blues scored two own goals.

The first own goal came just two minutes into the game, with an unfortunate error by Tammy Abraham. Chelsea also conceded in the 34th minute when the ball hit the post and deflected off goalkeeper Kepa’s face. Ridiculous.

The ref issued Ajax two red cards, one to Daley Blind and another to Joel Veltman all in the same sequence of play in the 67th minute.

Daley Blind was sent off for a lunge on Tammy Abraham (Blind’s second yellow) while Veltman received his red card out of dissent and for his handball in the box. Chelsea scored the penalty kick to bring put them behind by a goal.

Chelsea benefited from the new advantage law that permits the referee to allow the game to resume in the event of a red card. Two red cards and a penalty kick all in a matter of 90 seconds — insane!

3. Chelsea youth have no quit

Even more, it was 19-year-old defender Reece James who sealed the equalizer for the Blues.

Alan Shearer summed it up nicely after the team’s 2-1 comeback at Watford the game before.

“They’re young, vibrant, energetic and what I like most about them is how they are forward-thinking. The forwards know that ball’s coming in. Watch this pass from Jorginho – he looks once there, Tammy Abraham knows it’s coming, Jorginho looks again.

4. Ajax are a better away team

Ajax dominated the match up to the point of the two red cards 70 minutes in. Down not one but two center-backs with nine men on the pitch, Ajax somehow still showed energy in the attack.

Keep in mind that there were no Ajax supporters allowed at the stadium due to a UEFA ban over ill behavior in a previous UCL match against Valencia.

And with tonight’s hard-earned draw, Erik ten Hag is yet to lose a single away match as Ajax manager in Europe. While untouchable in Champions League matches away, however, Ajax is strangely unpredictable at home.

Two own goals. Two penalties. Two red cards. Two handballs — the latter one a Cesar Azpilicueta game-winner that was ruled out by VAR.

Chelsea somehow clawed their way back into the match to earn a draw, albeit against a formidable 9-man Ajax team.

“I had some mad nights over the years, some great nights. But everything it was tonight, the spectacle it was, it is certainly right up there,” said Frank Lampard on the eight-goal battle.