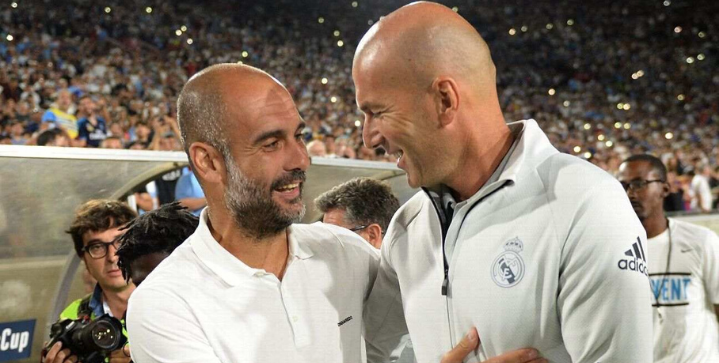 The draw for the UEFA Champions League Round of 16 has been released in full.

Manchester City will take on Real Madrid as Pep Guardiola and Zinedine Zidane will meet for the first time as managers. Can Guardiola finally bring home the Champions League trophy in his last year as the Sky Blues boss?

Atletico Madrid play host to current UCL champions Liverpool in what promises to be an intriguing matchup. Given changes made to the Champions League rules last season, Liverpool transfer target Takumi Minamino of RB Salzburg could feature if the Reds land the Japanese starlet this January.

#LFC will travel to Estadio Metropolitano on Tuesday February 18 before a return meeting at Anfield on Wednesday March 11.#UCLdraw https://t.co/8V1jR1yPZN

Meanwhile, Frank Lampard will have to figure out how to tame goal-machine Robert Lewandowski as Chelsea host Bayern Munich in the first leg. The last time the two teams met, the Blues led by Frank Lampard and Didier Drogba won 4-3 on penalties in the Champions League final.

Barcelona take on Napoli’s new Gattuso led side. Napoli fired Carlo Ancelloti despite the team’s advancement into the Round of 16. The Maradona derby should be a good one.

Who is going to win the 2019/20 Champions League? Tell us your predictions on Twitter.