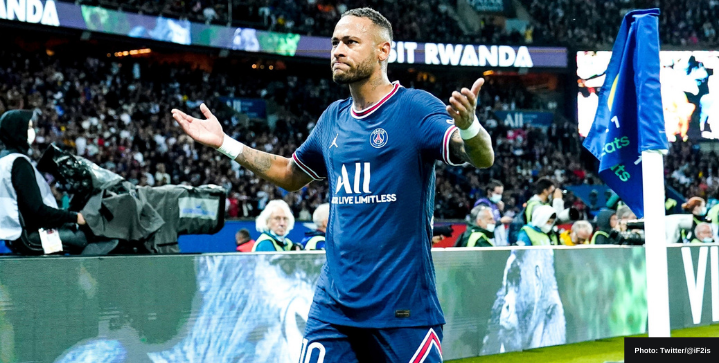 Neymar has been ruled out Paris Saint-Germain’s Group A clash with RB Leipzig tomorrow. The Brazilian came back from World Cup qualifiers with a groin injury.

“Neymar Jr had some pain in his groin since returning from international duty,” posted PSG in the club’s medical briefing. “He will undergo more treatment over the next few days before returning to full training.”

The 29-year-old already sat out PSG’s 2-1 victory over Angers last Friday due to his return from international duty.

“The priority is always the wellbeing of the player,” Pochettino said at today’s pre-match press conference. “Neymar has a little problem which we hope he will only last for a few days and he will be back with the squad as soon as possible.”

Lionel Messi, meanwhile, is available for the Parisians. He also returned from the South American World Cup qualifiers last Friday.

“Leo shines on his own, as he has with Barca, Argentina and now PSG,” said Pochettino. “He is a very intelligent player who can adapt at the highest levels. We are very happy that he is with us, and he is very happy in Paris. I hope that things will progress naturally. There are no doubts that he will be able to perform the way he wants to.”

Messi opened up his account for PSG in a 2-0 victory against Manchester City last month.