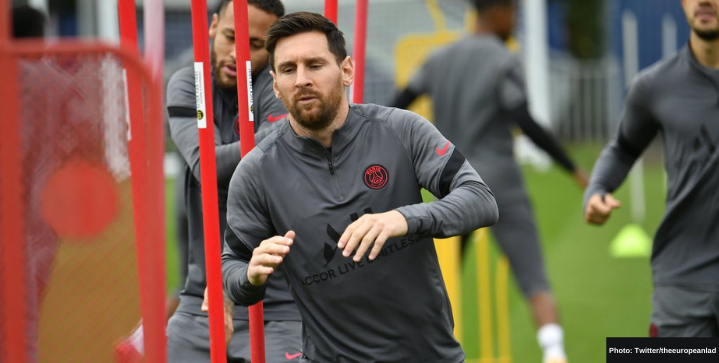 Lionel Messi returned to full training on Monday one day before PSG take on Manchester City in the Champions League.

The Argentine injured his left knee a week ago in a Ligue 1 match against Olympique Lyonnais. The knock came with controversy, however, as Messi never appeared injured during the match. PSG boss Mauricio Pochettino substituted the forward in the 75th minute to Messi’s dismay.

It was later revealed that Poch took Messi off as a precaution, not because of tactics, stating: “on the touchline, we see things. We saw Leo touching his knee, testing himself. We are very happy with his first half and he was not far away from scoring.” PSG ended up winning the game 2-1 off a stoppage-time winner from Mauro Icardi.

PSG are looking to rebound from their 1-1 draw in the Group stage opener against Club Brugge. Manchester City, who currently sit atop the table, are preparing for Messi to play.

The superstar is still looking for his first goal in Parisian colors.

“Messi is phenomenal and as a pro, you want to play vs all those names,” said City defender Ruben Dias.

“But whether it’s Messi, Mbappe, Neymar or Icardi, PSG have amazing strength in depth and no matter who we face, it’ll be a tough test. Everyone is looking forward to PSG-City for that reason…”