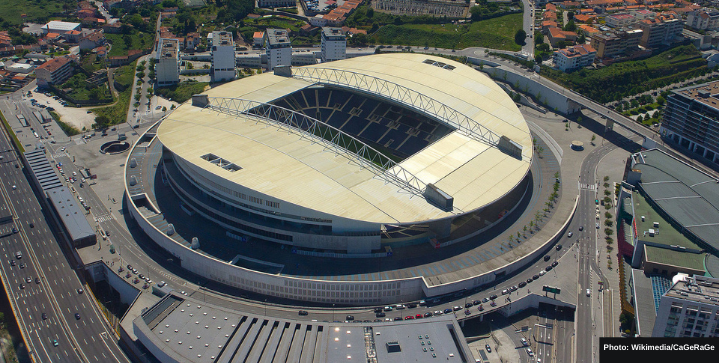 The Champions League final is moving from Istanbul to the Estadio do Dragao in Porto.

UEFA confirmed the news earlier today, announcing that 6,000 fans from each team will be allowed to attend the 50,000-capacity stadium.

Portugal cabinet affairs minister Mariana Vieira da Silva says that she expects all English supporters to travel into the country in a ‘bubble,’ completely isolated from the general population.

Operationally speaking, that means spectators will take chartered flights to Porto and return back to the airport immediately following the match, coming and going on the same day.

“Those who come to the UCL Final will come and return on the same day, with a test done, in a bubble situation, on charter flights. There will be two fan zones and from there they will be moved to the stadium,” according to Vieira da Silva’s statement to BBC Sport.

“And from the stadium to the airport, being in Portugal less than 24 hours. Those coming by plane [to be in Porto while the match is on but do not at the stadium] will comply with the established rules and security measures in place.”

Why UEFA chose Porto over a venue in England

The original match was scheduled to be played in Atatürk Olympic Stadium in Istanbul. But due to UK travel restrictions placed on certain red countries — Turkey being one of them — UEFA was forced to move the match to a location English fans could attend.

“Despite exhaustive efforts on the part of the Football Association and the authorities, it was not possible to achieve the necessary exemptions from UK quarantine arrangements,” confirmed UEFA.

Tickets will go on sale each of the club’s website this evening.