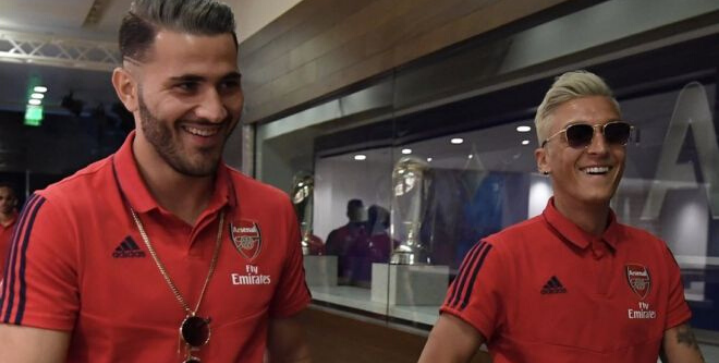 According to the BBC, the carjacker who attempted to rob Arsenal duo Mesut Ozil and Sead Kolašinac last July will be given a 10-year jail sentence.

The Harrow Crown Court in London ruled that the 30-year-old man, Ashley Smith, was guilty of trying to steal watches worth $255,440 from the two players.

Smith’s accomplice, 26-year-old Jordan Northover, is due to be charged at a later date.

Watch the CCTV’s footage of Kolašinac and Ozil at knifepoint.

Ozil, his wife, and Kolašinac remained unharmed after the incident thanks to the bravery of Bosnian-German Kolašinac, a player Arsenal fans have aptly nicknamed “The Tank.”

Judge Ian Bourne QC described the incident, saying “Between them, they produced these weapons which they threatened Mr Kolašinac with, a long pointed blade which was thrust in the victim’s direction and made contact with him.”

“The two of them had not counted on Mr Kolašinac fighting back and he behaved incredibly bravely.”

Both Gunner players missed the club’s Premier League season opener due to the concern over their safety following the incident.