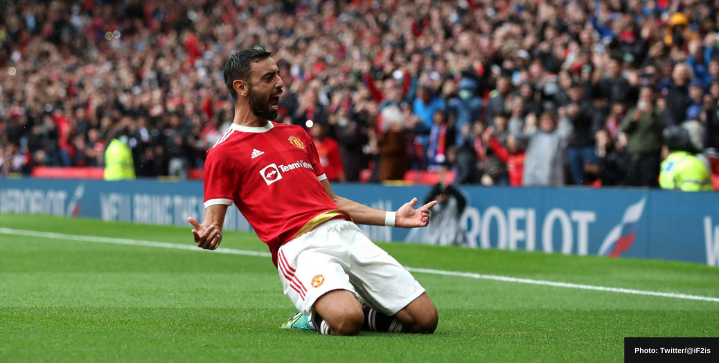 Manchester United could be without Bruno Fernandes for their clash this weekend against Liverpool.

Ole Gunnar Solskjaer told reporters in his pre-match press conference that Fernandes picked up an injury during Wednesday’s Champions League 3–2 victory against Atalanta.

“I hope I can pick from a fully fit squad. It might be that I’m without two or three, and Bruno might be one of them that might be a doubt but he’s doing everything he can to be ready,” said Solskjaer.

Under-fire Solskjaer will be desperate to see the return of his star man. Fernandes is United’s key playmaker this season, scoring four goals and providing two assists in eight games.

“His ideas might be right or wrong, but we’re sticking with it until the end,” said Fernandes in backing his boss. “We need to prove that we are here, that we will be in the fight but to be in the contention we have to win game after a game and the next one is against Liverpool.”

A win this weekend could be the start in reviving the Red Devils’ Premier League title hopes while also deciding Solskjaer’s future.