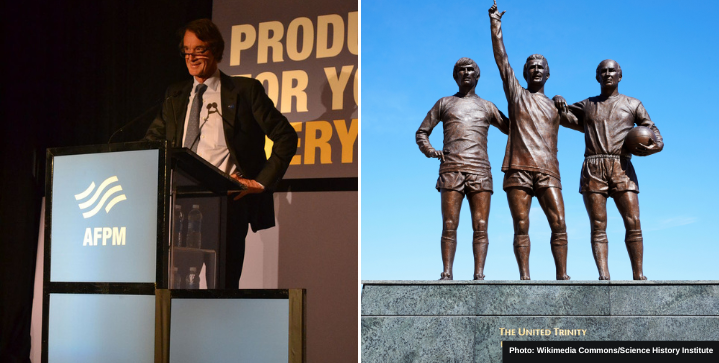 “If the club is for sale, Jim is definitely a potential buyer,” a spokesperson for Ratcliffe told The Times.

The Ineos founder is a boyhood fan of the club and would seriously consider taking a minority stake the club’s current American owners, the Glazers, are offering.

Beginning of the end for the Glazers?

The writing is on the wall for the Glazer family, who purchased their first 2.9% share in United in 2003. They took 98% ownership for almost £800 million by the end of the year.

The fanatically disliked owners could now sell the club for nearly £5 billion, a massive profit.

“If was possible, we’d be interested in talking with a view to long-term ownership,” Ratcliffe’s spokesperson added further.

Ratcliffe, Britain’s richest man with an estimated net worth of $13bn, clearly has his eyes on the prize to take full control of the storied club. His announcement follows yesterday’s risible announcement of Elon Musk’s so-called interest in buying the club.

We presume Ratcliffe is a bit more serious.

What do you think, United fans, would Ratcliffe’s ownership turn things around?